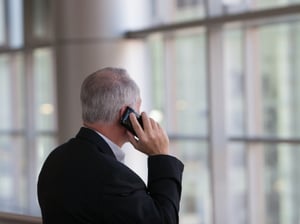 1. Not following the tried-and-true adage: Ready, aim, fire! Don’t pitch the media without preparing, and this includes building a relationship with them first. One way to do this is to connect with a reporter on social media, as it builds a connection.

2. Inundating a reporter by sending pitches to the newsroom several times a week or even weekly.

3. Not writing in the inverted pyramid style (burying the most important information at the bottom).

4. Your news isn’t newsworthy. Be sure you know the elements of news to determine if your story fits.

5. Counting on favors to get a reporter to write your story.

7. Not creating an effective pitch or news release to share with the media.

8. Not using the editorial calendars created by magazines and your city’s business journal.

9. Asking broadcast media or newspaper editors for an editorial calendar; these outlets don’t keep them.

12. Sending more than one email per outlet. If you’re contacting multiple people at the same outlet, then include them all in the “To” field and acknowledge them in the salutation. This ensures that multiple people don’t work on the same story within a news organization. If more than one reporter is working on the same story, they’ll resent it and may not want to work with you again.

13. Not calling reporters before you pitch them. This is a great way for reporters to become familiar with your name before it pops up in their inbox.

14. Pitching the general news@domain.com email address. While that address often goes to nearly everyone in the newsroom, that’s the problem. When everyone receives the pitch, they all assume someone else is taking it, and, ultimately, no one takes ownership of it.

15. Not finding the best contact for your pitch. Either send an email teasing the topic to a narrowed group of contacts from the same outlet: “Who among you would be the best person for me to send the information?” Or, use your gut and send an email to the individual you think is best, based on your research of what that person has previously written about. And, when you follow up, ask if they’re the right person for this story.

16. Sending your news too soon. News is new, so if it’s not newsworthy, people will generally ignore it. If you share your news too many days or weeks in advance, it becomes stale.

17. Assuming that posting your news release on a press release newswire service will lead to authentic media inquiries, interviews, and media coverage.

18. You aren’t following up with media contacts. You should follow up your pitches to reporters at least twice, if not three times.

19. Pitching an outlet then sending a news release, instead of highlighting items from the release. A news release is often a turn-off because reporters sense it's a cattle call. You should be striving for a 1:1 invite for an interview.

20. Distributing news instead of pitching it.

21. Forgetting that PR success takes time. Most people won’t simply pitch once and land that golden egg interview with The New York Times.

It takes a great deal more effort to earn news coverage than just reaching out to a news outlet with a single, unpracticed pitch. You need to be sure you’re following the best methods for pitching and connecting with the media. If you’d like to speak with a PR expert, reach out to Axia Public Relations, and we can chat about how best to assist you and your company in pitching and gaining media coverage. To learn more about how to build relationships with the media, download Axia’s e-book “Learn Media Relations from the Media” today.

Photo by Jim Reardan on Unsplash