7 components of an effective news release 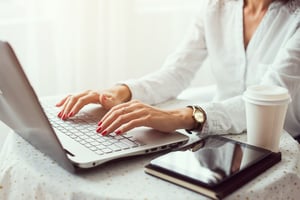 If your company has an announcement it wants to make, then a news release may be a great option for you to share that news. A news release is an official announcement that a company or nonprofit issues to the news media. There’s a right way and a wrong way, though, to create a press release. The better it is, the easier it will be to secure earned media coverage. These seven tips will help you write an effective news release to gain earned media coverage for your company.

Having a newsworthy angle is one of the most important parts of writing an effective news release. Without that angle, reporters won’t care what you’re trying to pitch them. Your news release should give journalists everything they need to write a story that will interest their readers. And keep in mind, you should be writing news releases for the right audience: reporters and consumers – not for the boardroom.


A bonus tip: Once you’ve written an effective news release following the tips above, be sure you’re sending it to the correct reporters. You don’t want to send a business story to the entertainment reporter. You won’t gain the media coverage you desire. Better yet? Build relationships with reporters at the key outlets you seek to gain media coverage. When you send them a well-written and appropriate news release, they recognize that you won’t waste their time and may come to you when they need a source for a story.