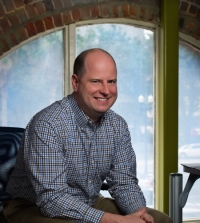 The one with Jason Mudd teaching you Axia’s earned media process.


Topics: On Top of PR, solocast

Learn how to get your company’s boss on Undercover Boss.

Learn about your host Jason Mudd and his more than 20 years of PR experience. Jason is the managing partner of Axia Public Relations. He is a trusted adviser and dynamic strategist for some of America’s most-admired brands.

Learn about your On Top of PR host Jason Mudd and his experience in the PR industry.


Topics: On Top of PR, solocast