Which press release distribution service should you use? 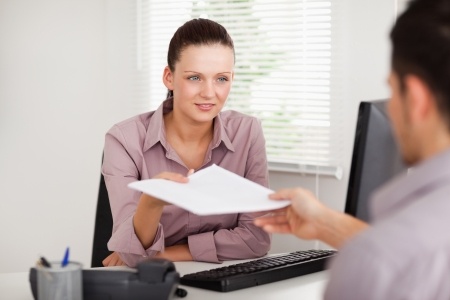 Press release syndication services provide a way to get your company’s news in front of numerous people, including reporters. I’ve had great success with publishing news releases on distribution sites and securing interviews and coverage. Keep in mind, however, the best way to gain media coverage is to build lasting relationships with reporters.

In my opinion, there are three giants in the industry as well as several cost-effective ways to distribute a news release. The more informed you are, the more success you’ll have in your efforts.

PR Newswire is the most well-known press release syndication service. It requires a membership fee and various costs for each release you distribute. It can get pretty expensive if you want to include images or other add-ons. PR Newswire takes a number of precautions to ensure the release comes from someone affiliated with your company. PR Newswire is a Cision company.

BusinessWire tends to hold true to its name. While it focuses on businesses, it’s more than just financially related announcements. BusinessWire requires a free membership, and it has an in-house editorial team that provides feedback and helps with optimization. BusinessWire also recently launched its BizWireTV, which offers a visual recap each week of the top news releases. This is a great option as it publishes on AP, Apple, and social media platforms.

MarketWired became part of NASDAQ in 2016 and now goes by the name GlobeNewswire. It offers an editorial board and translation services. There’s a DIY option that doesn’t include editorial services. Unlike its two big competitors, GlobeNewswire doesn’t have a subscription or a membership requirement. It does require that releases are 400 words or less, or there are additional fees involved. GlobalNewswire also offers specialty wire services, like Hispanic- or entertainment-specific news wires, for example.

The elite three distribution services may be pricier than you prefer. To save a few dollars, there are some news wires that have more affordable options available.

iReach is a low-cost and easy distribution version of PRNewswire. There are three options, with pricing ranging from $130 to $400:

Another inexpensive route you might consider is PRWeb, which Cision also owns. It offers four different packages:

You can include at least one image without an extra fee.

I’ve used iReach and PRWeb in the past. Both were pretty user-friendly, which was nice for someone going the DIY route. Of the two, I felt like there was more pickup with reporters using iReach. PRWeb had plenty of online pickup, however, it seemed that fewer reporters wrote stories based on the announcements published to the site.

While choosing a great press release syndication service is helpful, it’s even more crucial that you write a news release that catches the reporter’s eye without being gimmicky. Your release should also follow the inverted pyramid style that journalists use to write articles. It’s important to note that as an agency, we get better pricing on press release syndication services. It’s one of the many reasons to hire a PR firm instead of going the DIY route for your news release distribution. Contact Axia Public Relations today to learn more about how to effectively relay your company’s message to the media.