One year later: Crisis communications tips for companies that failed to honor their equality and diversity pledges upon George Floyd’s death 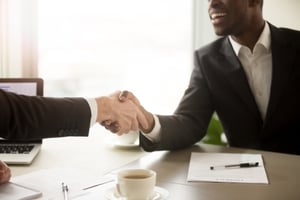 A year ago, the world burned with protests and cries over the gruesome murder of George Floyd by police officers in broad daylight. Corporate America made quite a spectacle by pledging to support black businesses with grants, improve diversity in their companies, donate to Black nonprofits, and more.

However, one year later, it appears that the flame of corporate commitments to social justice died just as quickly as it started.

According to Bloomberg and CBS News, many of the companies that pledged to improve diversity in their workforce still have few Black employees. Berkshire Hathaway, Johnson & Johnson, and multiple Silicon Valley companies are resisting disclosure of their diversity and inclusion efforts. They have actually fought shareholder proposals pushing them harder on diversity.

According to Fortune, corporations pledged to spend $50 billion on racial equity following Floyd’s murder, but so far, only $250 million has been allocated to specific initiatives.

How can the companies’ PR teams salvage the situation?

The brands that failed to redeem themselves after giving their word last year certainly have a lot on their plate today. Since they can’t turn back the hands of time, crisis communication might be the first response.

Here are some actions PR teams can take to save their brand’s image.

1. Issue an apology to the audience

Questions are being asked. Answers are demanded. Yet, it’s obvious that many of these companies have none to give.

The first step is for the companies’ PR team to issue an apology to the general public. This apology should be communicated via multiple channels, such as the company’s website, social media platforms, email blasts, and more.

The apology should indicate contrition and a valid explanation for their failure to keep the promises. Finally, it should house the brand’s plans to make good on the promises.

2. Monitor and actively fetch feedback on the brand’s current reputation

The PR teams should get a solid idea of the general public’s thoughts about their brand. Doubtlessly, when a company fails to keep its promises in the battle against social injustice, it raises a lot of eyebrows.

Thus, the PR teams should employ surveys, social listening, and other tactics to get an idea of how the public regards them.

It is imperative that the team should not make the mistake of lashing out in the event of negative reviews and unfriendly responses. As a matter of fact, harsh criticism should be expected. They should keep in mind that the goal is to rectify the damage that has been done.

To meet their crisis communications goals, the companies’ PR teams need proper publicity. The PR team is tasked with the responsibility of putting out the word that their companies are making remarkable changes.

This means they have to clearly communicate the companies’ current lines of action. A general statement that the corporations are “fulfilling their promises” doesn’t cut it.

Tips on how your company can entirely avoid such a predicament

Crises are better avoided than dealt with. Here are some hints on how your brand can completely dodge the muddy waters of unkept promises.

To avoid such a messy situation, ensure your brand doesn’t go overboard when making pledges. It’s better to make smaller concrete promises and then surpass your pledge.

Better to err on the side of caution, don’t you think? We like to think so.

Making a promise and failing to fulfill it is bad for your brand. It hurts your reputation and depletes your credibility. Failing to keep to your words spurs negative reviews which will, in turn, damage your revenues.

In the world of business, transparency and accountability have proven to be much appreciated. To steer clear of the situation many companies are in today following their pledges to improve diversity in their corporations, your brand should hide nothing.

It is appropriate to show the public how far your brand has come with respect to the promises made. Transparency and accountability in their purest form need external surveillance to ensure the situation is appropriately reported instead of tweaking digits to save the company’s image.

You need a plan that is in sync with the target to avoid the debacle various companies are facing. As companies pledged to join the fight against social injustice last year, the next step should have been to draw up an internal policy to help achieve the goal.

A compliant plan would lay out guides on recruitment and equal job opportunities, equitable pay structures, and all-around diversity and inclusion. However, with no plan in place, it is easy to lose sight of the goal and get carried away with other business concerns.

One of the surest pointers to fulfill equality and diversity pledges is to team up with people who share the same views. Having a team of employees who are passionate about social justice makes it easy to meet your commitments.

It feels like swimming against the tide if there are only a handful of persons who value social justice in your corporation. However, where there are more like-minded people, the campaign becomes easy and fun.

At Axia PR, we are serious with our efforts to combat racial inequality and seclusion. Instead of merely brandishing activist rhetorics and supportive messages on social media, we focus on producing something concrete.

Thus, in memory of George Floyd, we created the George Floyd Business Mentor Program, a free business mentor program for 50 Black men in the United States. This program will appropriately put participants on the path to success in business, finance, and life.

Admittedly, we don’t have all the answers to bringing systemic racism and inequality to a much-desired halt. However, the goal of the program is to help others and take active steps toward the results we want.

Why? Simply because it’s the right thing to do.

PR pros across corporate America can pick up a thing or two from our podcast. In an episode of the On Top of PR podcast, we feature Del Galloway, Vice President of Communications at Wells Fargo, as we discuss how a PR person can become a trusted adviser to clients and teams.