When crisis hits, bravely step up to the microphone 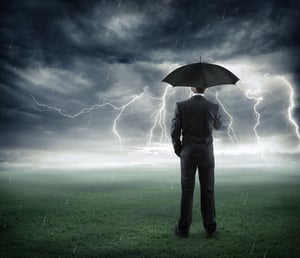 Living in New England has advantages, except for when our region endures treacherous weather conditions. The past few weeks, we’ve braved a multiple-storm nor’easter pattern that flooded our coastal residences and devastated interior areas. Heavy, wet snow and high winds felled hundreds of trees across power lines and roadways causing extensive outages. As a resident, I earned a ringside seat to the fallout and backlash the power companies received because, while they stated before the storms that they were prepared, they were not.

A power company’s sole purpose is to provide power. When that fails, it fails. It’s that simple. Following Twitter feeds for a few of Massachusetts’ power companies proved that dedicated, authentic and transparent communication (especially amid crisis) is the most valuable currency.

What should a company do when its core business fumbles or, worse, fails?

After the first storm, which took out 90 percent of residential power in our town, our power company directed customers to real-time updates on restoration. Unfortunately, the company failed to tell the truth. Its estimates slid because it couldn’t safely put linemen up in buckets to repair felled lines, as the winds were too high and the conditions too dangerous. Rather than explain this, the power company just kept sliding restoration estimates. This made planning difficult for families hoping to wait it out rather than seek refuge at friends’ homes or hotels. Days went by and, of course, customers (including me) became enraged. The point is that no one wishes for inconvenience, however, explaining, educating and telling the truth will garner more forgiveness. Lie, and the house of cards will ultimately fall. 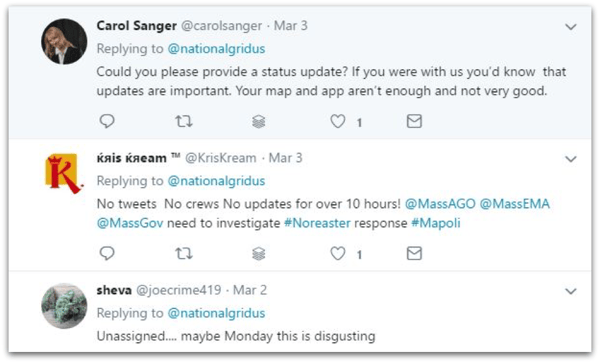 In contrast, another Massachusetts power company handled things differently and used social media as a way to consistently communicate with customers. Its social media team worked diligently to manage social media channels, regularly updating customers on every aspect of the restoration efforts. Given how hard we were hit, customers appreciated the depth of detail and updates that helped everyone in their restoration and cleanup efforts.

Some companies recognized the negative impact the storms would have on their customers and immediately offered remedy in the form of gifts. A local cable company delivered $25 in credit to its customers, which obviously earned positive feedback. A company that considers how the crisis impacts its customers and seeks to relieve them of the burdens they endure will garner favor.

One of the most valuable lessons any company can take away is that communicating during crisis actually alleviates the pressure in many ways. When all eyes are on your company, take the opportunity to be transparent, genuine and explain what has happened. Ignoring customers or scripting and repeating falsehoods will damage credibility, sometimes irreparably. Download Axia Public Relations’ complimentary guide “Managing Public Relations in a Crisis” to help your company put together a proper framework and action plan for any future potential crisis.