Is a press release earned media? 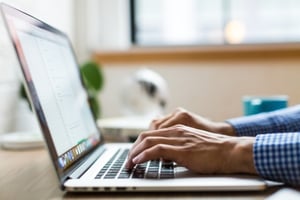 Earned media coverage is built awareness about your company through efforts like media relations (connecting with reporters), blogger relations, influencers, and word-of-mouth. It’s counterpart is paid media, which is advertisements that you or your company creates or pays for about itself. We have many clients ask us the difference between earned and paid media, and in the same breath, they also ask us to create a press release to earn media coverage.

So, what category does a press release or a news release fall under?

Typically, consumers and companies only looked at earned or paid coverage to build awareness about your company. That is no longer the case. In today’s day and age, consumers look to learn more about your company through the PESO model: paid, earned, shared, and owned media.

Press releases should be written in an inverted pyramid, so a newspaper or other media outlet can place it in an empty print space exactly as written. To that end, many believe that a press release is earned by the media, which on its own doesn’t qualify as such. It can be used as background information for an interview or a quote, but a press release in and of itself isn’t earned media coverage.

Photo by Burst from Pexels