Why you should never let an advertising agency do your PR

For more information why you shouldn't hire an advertising firm to do PR, see Signs you’re working with an ad agency instead of a PR firm

Never let an advertising agency do your PR. 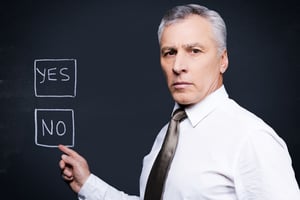 The other night I saw a commercial from Apple, in which it claimed that the iPhone is now the most-used camera on earth. Not the most-used camera phone, the most-used camera, which would mean its integrated digital camera has surpassed stand-alone photo giants like Nikon, Canon and Fuji. Added to the number of Google searches, emails and Facebook updates performed every day on smartphones, the popularity of cell-phone cameras is a powerful testament to just how much you and I love and depend on integrated technologies. (Remember when you had to remember your camera, film and batteries? I do.)

Here are some thoughts on why you should never let an advertising agency do your PR:

1. Advertising agencies are focused on advertising services and media buying that grows their billings. It’s not in their best interest to dedicate resources to and expend energies on earned media coverage and other public relations opportunities. No matter how much they insist they can (or wish they could) do it all, the inherent conflict between the paid media (advertising) that fills their coffers and unpaid media (public relations) that grows your brand, will force them to focus more on increasing your advertising budget.

2. Many ad agencies offer PR services only to keep client attention and dollars from flowing to outsiders. They consider these public relations firms “competitors,” – even when the ad agency knows it’s unqualified for the public relations task, – and avoid advising clients to use experts. I’ve seen firsthand the results of an advertising agency with a copywriter writing a news release and an account executive trying to build quick relationships with the media by spamming newsrooms. This is a recipe for failure. When it doesn’t work, the advertising agency and the client make assumptions that public relations must not work, or at least not for their brand. This couldn’t be further from the truth.

In my experience, the answer will always be less than 20 percent. Most advertising agencies have a few people over in the corner who do something related to public relations – but the rest of the agency isn’t really sure who they are and what they do. They just know they have permission to bring them to client meetings when topics related to public relations are expected to come up. They’re just there to make sure some additional revenue is retained by the agency and try to keep up appearances that the advertising agency has a public relations practice.

Be very careful about these arrangements. Ad agency PR staffers usually have few peers and limited resources within the agency.

I would be similarly concerned about a public relations firm that touts its advertising, web design, graphic design, media buying and video production services. A PR firm trying to be an advertising agency is simply trying to retain as many of your marketing dollars as possible.

3. How far into a crisis would you be before the ad agency admitted you need expert help? Ask the advertising agency how, when and where they say no and instead recommend an additional or outside firm. If an accident, natural disaster, product failure or other crisis struck your company today, would your advertising agency be up to the task of managing your crisis communications?

4. You wouldn’t hire your plumber to do your taxes, would you? Another recent television commercial featured a homeowner shocked to discover his tax expert and his plumber were the same guy. I suppose it’s possible to be an expert at both, but much more likely that someone who specializes in only taxes will be up to date on the latest laws and techniques. The same is true of plumbers, advertising agencies and PR firms.

Choose the best ad agency you can find to manage your advertising, and hire the best PR firm available to manage your public relations. And even if you’d let your A/C repairman install your swimming pool, you should never let an advertising agency do your PR.

Clients love Jason’s passion, candor and commitment as well as the team he has formed at Axia Public Relations. He's advised some of America’s most admired brands, including American Airlines, Dave & Buster’s, Hilton, HP, Pizza Hut and Verizon. He is an Emmy Award-winning, accredited public relations practitioner, speaker, author and entrepreneur and earned his certification in inbound marketing. He founded the PR firm in July 2002. Learn more about Jason.