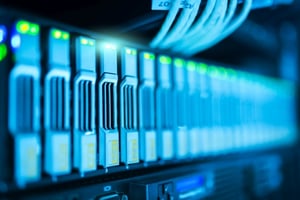 Every week a prospective client, PR agency peer, or another PR professional asks us:
“what's the best solution for a U.S. news media contact database?”

It’s not an easy answer. It’s like asking “what’s the best automobile?”

At Axia, we've tried them all. And the simple answer is each has their pros and cons.

When it comes to hiring a PR firm, the principle I always suggest you look at is what we call “principle passion.” What did the agency and its founder(s) do best in their previous careers? If they did research, the firm will likely be great at research. If they did account service or design, their agency will likely be best at that.

The same is true for the service bureaus offering these PR services: software, databases, and tools.

Although many software and service providers are expanding their services into multiple areas,  every company has a founding passion and strength. Find out what that is. Look for the traits that best match what's important to you and your organization.

For more than 20 years, I have suggested PR industry trade journals do a breakdown of features with a rating system of the various PR software solutions on the market. I’m told they probably won't do it out of fear of upsetting precious advertisers, yet trade magazines in other industries do this all the time.

One closing thought on this topic. A common mistake companies make is buying these PR tools under an annual contract before they have the staff or agency in place to operate it. And for some, they’re often surprised to learn the agency already has such tools. Software is only as good as its operator, so secure your PR staff or agency first and allow them to select the tools they'll need for your organization. Otherwise, you might be wasting your money.

Software, like most other tools, doesn't run on its own until it's set-up or until someone manages it. We see companies buying commercial newswire posting packages and PR media contact databases only to come to us later when they realize they don't have the time or staff (resources) to do it themselves.

Before you hire an internal public relations staff, check out our “What's the cost to staff PR?” app.