What to do when your CEO is arrested for prostitution 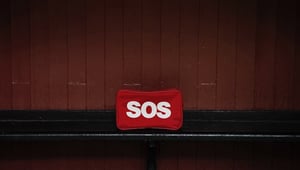 Prepare your company for every type of crisis


What were they thinking? Men (and women) behaving badly is a situation that causes more than incredulousness when it involves people in positions of power crossing moral and ethical lines.

The damage to a company and its leader’s reputation can be much more severe than the legal ramifications to the individual (normally a misdemeanor resulting in a fine, probation, and possibly some jail time). The accusation is a crisis that the company must deal with quickly, both from a legal and reputational standpoint. The court of public opinion tries the company leader as soon as or even before an arrest happens – it’s critical to act fast.

The legal and public relations responses should complement each other – attorneys and PR practitioners should be working together to protect the company’s reputation and preserve its long-term business interests.

Generally, lawyers will deny the charges and profess innocence on behalf of the company leader and then decline further comment as the legal process unfolds. In many cases, the legal team will seek delays or waive any rights to a speedy conclusion to stretch out the process. While this may seem counterintuitive to most crisis responses, by the time the process concludes, the situation is old news to the media and not worth dredging up.

From a PR standpoint, a company should treat a high-profile arrest like an unexpected death or incapacitation of a company leader: They must have a succession plan in place. The company must change the face of the organization in order to insulate itself from the negative publicity. The effect on a company or brand embroiled in controversy is extremely damaging, which is why many sponsors acted quickly to cut ties with Lance Armstrong, Tiger Woods, and other athletes after their ethical failings emerged.

The intent is to refocus the narrative to the company, its brand, and its products or services and away from the individual while also voicing appreciation for that person’s longtime contributions to the organization’s success. This can provide time for the executive to deal with legal and business matters away from the spotlight while also keeping focus on the company and its products or services.

While a high-profile arrest of an executive can have a negative effect on a publicly traded company’s value, having a succession plan in place is just as critical for privately held companies – which comprise the majority of companies throughout the U.S. and the world. Very often, the public sees the founder or owner as the face of the organization. Having a team of executives (even other family members) ready to quickly step in to run the company is essential as the CEO begins the hard work of rebuilding his or her reputation.

The effect of this type of crisis is long-lived. That’s not to say a company can’t rebuild its reputation – it can. It must make amends to family, business partners, advisers, board members, and employees as well as investors, suppliers, and friends. This will take time and involves accepting personal responsibility and demonstrating a change in behavior.

Today, media coverage of company leaders’ ethical failings is available instantly and will appear online for years to come. Even so, Americans are forgiving if the perpetrator shows repentance and contrition (just ask Tiger, Hugh Grant, or former Sen. David Vitter).

In the era of the #MeToo movement (as well as greater awareness of human trafficking), it’s vital for companies to create crisis plans and practice their implementation on a regular basis. Failing to plan for the worst is planning to fail.

The best defense during a crisis is a solid, proactive PR plan. Download Axia Public Relations’ complimentary e-book “Managing Public Relations in a Crisis” to learn how to create a crisis plan for your company today. 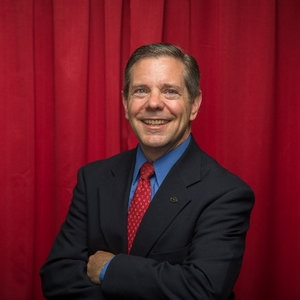