What journalists say about media pitches and sources in 2022 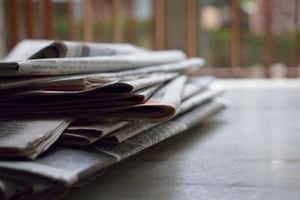 With the world returning to normalcy, journalists are coming to terms with the realities of a post-pandemic industry. After the pandemic compelled them to take a step back and restrategize at the initial stage of the outbreak, it’s yet again necessary for journalists to modify their work habits and preferences to suit the times.

Muck Rack’s “State of Journalism in 2022” study has some interesting insights on the prevalent practices in the industry with the virus’s threat dissipating and the industry bouncing back.

In terms of where they go first for their news, about 75% of journalists turn to online newspapers and magazines or Twitter, according to the Muck Rack study. However, fewer than 2% refer to LinkedIn and TikTok for news.

Thirty-nine percent of journalists plan to spend more time on Twitter this year, and 50% of them will maintain their use of YouTube. Thirty-three percent of them plan to use Facebook less, and 58% neither use nor plan to use TikTok this year.

When reporting on a company, 60% of journalists consult the company’s social media – 58% did so in 2021 – while 15% of journalists disagree with the practice to some degree.

As opposed to 62% in 2021, 64% of journalists this year track how many times their stories are shared on social media, while the rest don’t measure the coverage. Also, 71% of the journalists surveyed agree that a connection to a trending issue makes a story shareable.

Sixty-five percent of them think if the story contains an image or infographic, it’ll make it shareable, and only 25% of the journalists agree that a video in the story will trigger the same effect.

An event going virtual doesn’t seem to be a big deal, as 46% of journalists say it doesn’t affect their likelihood of covering it. However, 21% say they’re less likely to cover a virtual event. Sixty-two percent of the surveyed journalists prefer Zoom for virtual events.

Companies are improving the ways they share information, which is reflected in the 55% of journalists surveyed who say the current ways most brands share information with the media are not outdated.

As for the channels for pitching, 94% of them prefer one-to-one email. Seventeen percent are fine with mass email, while 15% are comfortable with pitches via phone. During the workweek, the earlier the pitches come, the better. Also, 67% prefer to receive pitches in the morning, with 34% preferring to receive them between 5 a.m. and 9 a.m. and 33% preferring between 9 a.m. and noon. Only 5% prefer receiving pitches in the evening, from 6 p.m. to 11 p.m.

On an average business day, 50% of the journalists surveyed receive one to five pitches, and 19% receive six to 10.

Journalism in 2022 has evolved from what it was in 2020 and 2021. For a clearer comparison, read our post on how the pandemic transformed journalism in 2021.

Photo by brotiN biswaS from Pexels