How the pandemic has transformed journalism

COVID-19 has radically changed the habits of most journalists 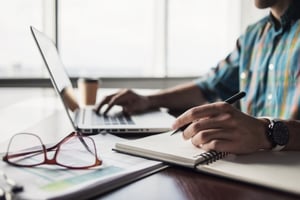 With 94% of journalists stating that some, most, or all of their reporting has taken a COVID-19-related pivot, their work, habits and preferences have adjusted to the circumstances created by the pandemic.

Effects of the pandemic

The economic uncertainty related to the pandemic affected respondents differently. Only 14% of respondents could boldly say that the situation did not affect their work at all. The remaining 86% of journalists were affected in multiple ways.

From layoffs and furloughs leading to less work for some and more work for others, the vast majority of journalists’ work was affected. Some journalists completely focused their reporting on pandemic-related topics, such as health and remote work.

Similarly to 2020, 58% of journalists are optimistic about journalism as a profession in 2021. Industry optimism has steadily climbed since 2018.

Journalists value social media platforms differently. While 76% of journalists are huge fans of Twitter—a significant drop from 85% last year— 38% think Facebook is the way to go. LinkedIn and Instagram gathered the votes of only 23% and 15% of respondents, respectively. YouTube, Reddit, and Tik Tok are considered valuable by only 12%, 7%, and 2% of respondents, respectively.

Out of all social media platforms, most respondents spend more time on Twitter and less time on Facebook.

A slight majority of respondents said that stories must be relevant to target audiences to be shareable. Around 24% of journalists look for multimedia content when sharing reporting on social media, while brevity only appealed to 20% of the respondents.

The respondents listed different views on the strategies that companies employ when pitching  media outlets. Approximately 61% of respondents thought that the approaches were outdated.

About a fourth of respondents attributed their immediate rejection of pitches to bad timing, while another fifth found the lack of personalization distasteful. Lengthy pitches and confusing subject lines were cited as other reasons journalists reject pitches. However, only 3% of journalists said they disliked large attachments.

Nearly 80% of respondents listed Monday and Tuesday as their preferred days for receiving pitches. Surprisingly, 8% of the participants are fine with receiving pitches during weekends. In terms of timing, the majority respondents said pitches should be sent between 5 a.m. and midday.

Evening and overnight pitches only work for a small percentage of journalists.

Now that you know more about the current state of journalism, here are some immediate actions you can take to pitch journalists.