Immediate actions to take to pitch to journalists 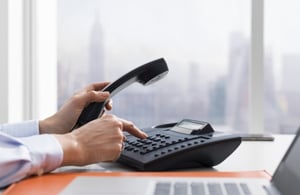 Pitching isn’t just a skill needed in baseball; it’s an important part of public relations. It’s the skill that helps your company or client get positive news coverage.

As PR professionals, it’s important to know how to successfully pitch to journalists. Here are seven actions to help excel in that skill.

Twitter is an effective tool for communication, with 76% of journalists even claiming it as their most valuable social network. You should use Twitter to reach out to journalists directly and always maintain a consistent presence.

This works best when using an account featuring your name compared to a general company account. You can use this account to also regularly target journalists’ mentions. This leads to relationship building that makes it easier to pitch to them.

Choose the right social media to invest time into

When choosing which social media platform you’re going to spend the most time with, make sure you go by data versus what is the “in” app. Studies show journalists are cutting back on their use of Facebook while they’re use of LinkedIn is increasing.

The type of journalist also determines which platform they are most likely to use. For example, a lifestyle journalist is more likely to use Instagram whereas business and finance journalists turn to LinkedIn.

You can’t just pitch to a journalist by beat (specific topic or subject area). Most journalists tend to cover about three different industries. You can use this to slice down your list of targeted journalists.

Muck Rack uses the term “niching down.” You start by looking at your long list of reporters, identify a second beat your pitch could appeal to, and then send your pitch first to the journalists that appear on both of those lists.

Although there are journalists who turn PR outreach away, there are also ones who see PR as mutually beneficial. Stay focused on those people. Studies show 35% of journalists see their relationship with PR as a “necessary evil.” Don’t keep wasting time trying to win over the journalists who think like this.

There are some clues to see which journalists have an anti-PR mindset. They include: The journalist has a dislike for economics or business, they tend to jump to conclusions based on prejudices toward PR, and their reporters tend to cover community issues.

Don’t get lost in the crowd of PR. Find ways to stand out, or you could end up being 1 of 300 in someone’s inbox. Try going out of the “safe zone.” For example, instead of pitching at the beginning of the week, try pitching on a Friday. You’ll statistically have less competition.

Another way to stand out is to pitch at a different time. Even though reporters like to be pitched at the beginning of the day because the day tends to get busier with deadlines, try pitching at night between 8 to 10 p.m. After all, everyone else is pitching during the workday.

Follow-ups are like exercise; you don’t like doing it, but it’s good for you. Highly successful PR pros love follow-ups because it’s a huge reason for their success. As much as 80% of their placements come from follow-up emails.

Journalists are also on board with the idea of following up. A whopping 90% even believe it’s okay while 38% are even okay with two follow-up emails. Make sure you “niche down,” customize your emails, and strategically follow up with those who didn’t respond.

It’s been a rough year, so it’s understandable if you feel apprehensive about pitching and unsure about a journalist’s mindset. But your clients need you to do your job, and journalists will thank you when you help them do theirs. Let journalists’ optimism inspire you to go out there and get pitching!

Amelia is an intern at Axia Public Relations for the spring 2021 semester. She will be graduating in April with a bachelor of science in public relations and a minor in digital marketing. Amelia has a passion for writing and a love of helping others and meeting new people.