What do your PR dollars get you? Why measuring PR results is critical Were you aware that last week was Measurement Week?

For most people outside the public relations profession, the term “measurement week” likely conjures visions of a kitchen gadget, ruler or possibly even the results of a weight loss challenge. However, for those in the biz, the International Association for Measurement and Evaluation of Communication’s Measurement Week provides our industry with a unique opportunity to pause and reflect on how public relations and related budgets have affected and can impact future business operations.

Earlier this year, USC Annenberg completed research that revealed that 40 percent of all public companies and 64 percent of private companies expect PR and communications budgets to increase over last year. What’s more, the increasing budgets are earmarked to support an expanding range of unique communications tactics. This is how PR firms will prove their value to their clients; measuring PR’s value is not only now more possible than ever, it is in fact becoming an absolute responsibility to share program analytics with clients while proving the science behind PR once and for all.

What tools can companies use to effectively measure PR value?

For years, our industry depended on traditional clip reports/books, industry analysis reports and media impressions to discern reach. With the advent of the digital era, old- fashioned methodology has given way to rapid-turn results – many of which now come directly from inside social media platforms and Google Analytics.

However, savvy pros are now collecting and organizing the massive amount of raw data and parceling it into digestible, paid, earned and owned results. The data demonstrates how each of those segments impacts targeted audiences or drives established PR benchmarks and baseline goals. Does the public relations program truly build awareness, stimulate demand or shift mindsets? Only clear analysis will tell, proving a true return on investment or specifying areas of challenge. You need to demand those metrics from your public relations agency.

Considering the broad availability of numerous social media platforms, quick information turnaround on individual devices, expanse of citizen journalism through the blogosphere and the depth to which mainstream media can now reach, PR agencies must create a process through which they can demonstrate success while nimbly executing real-time improvements upon analyses for results from specific campaigns.

Why measuring is so important

For example, Mondelēz International – owner of Oreo, among others – has a multi-tiered marketing campaign now underway. The manufacturing behemoth created a Mini Oreo Delivery campaign by which the company prepared 500 mini parcels per day, each filled with a single mini Oreo and a personalized note, and shipped them across the nation courtesy of Mel’s Mini-Mini Mart, Mondelēz’s own invention. Mel’s Mini-Mini Mart met the public via viral videos and a standalone website where interested parties could order an Oreo delivery for a friend. The catch was that Mel’s Mini-Mini Mart was only open for two weeks – almost a flash mob-style online shopping experience that dismantled as quickly as it appeared. In the last few weeks, Mondelēz extended its unique marketing efforts to reach the 50 “tiniest wonderfilled towns” (one in each of the 50 states) to celebrate its 100th anniversary.

The company selected each of the nation’s smallest towns to grace the final Oreo mini cookie delivery list based on the notion that “many of these super small towns often go overlooked,” meaning that “most people don’t know about the little things that make these towns so unique.”

One of the those special towns was Hart’s Location, New Hampshire – a town of just 41 souls, according to a 2010 Census. However, because of a “geographic hiccup,” many households didn’t receive their deliveries – primarily because those households maintain P.O. Boxes in the larger neighboring town of Bartlett.

This particular campaign will net mountains of data as the campaign was multi-tiered and reached specific demographic audiences. Additionally, promoters strategically peddled each level of the campaign in an exclusive fashion. Mel’s Mini Mini Mart leveraged social media platforms, especially Twitter, while the 50 smallest towns mailing was attempted solely via snail mail. I use the word “attempted” because the methodology the company chose clearly unveiled an unplanned-for challenge that may negatively impact mindshare, awareness and demand. As will sometimes occur, the program required an immediate, nimble and smart solution.

Savvy businesses can and should expect data-driven measurement programs to assist in targeting previously unforeseen business opportunities, for example, or potential competitive threats on local, regional, national or even global levels. In addition, similar to the Oreo campaign, measurement programs can also address minor catches that could negatively impact all the positive efforts already employed. 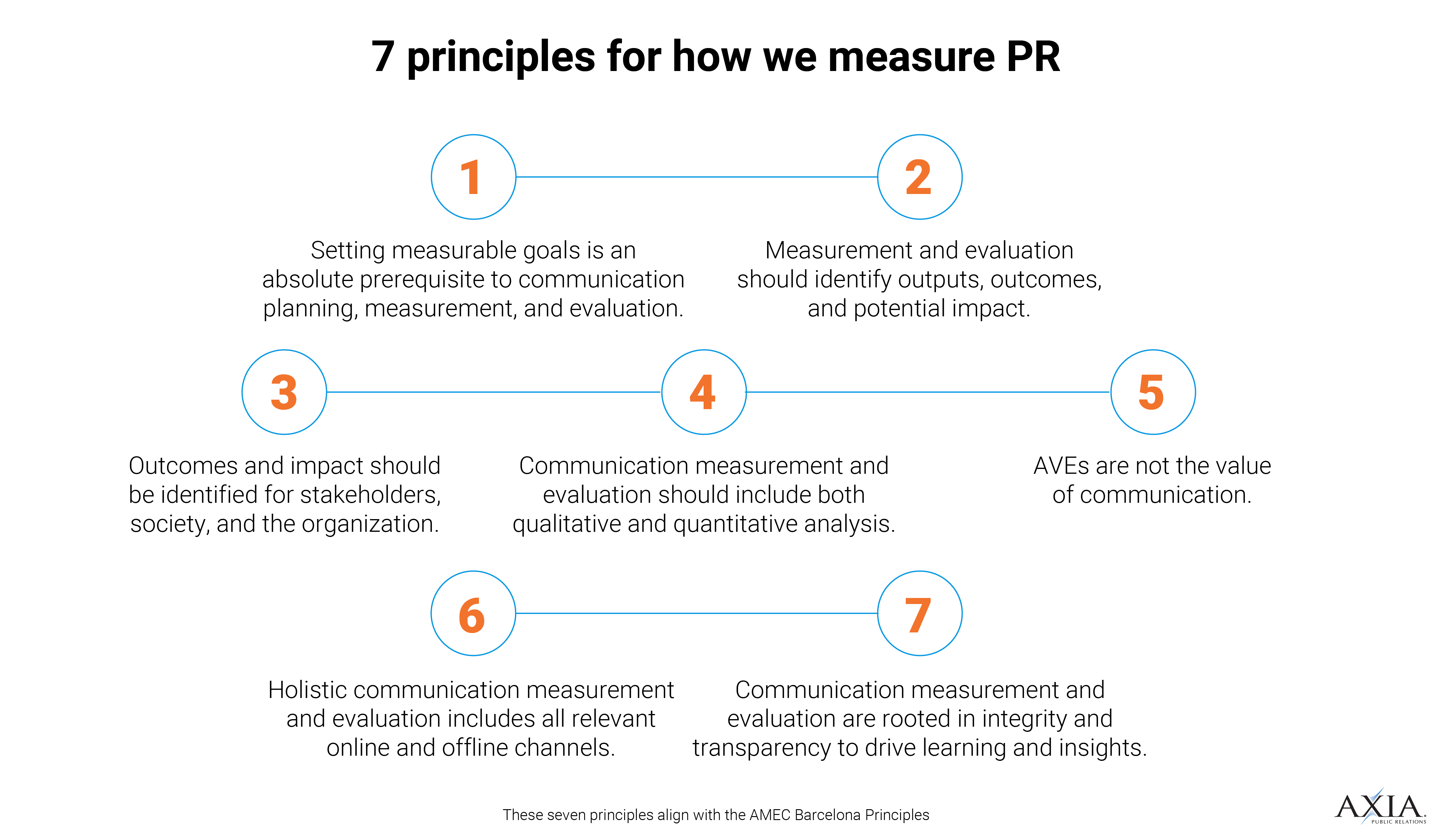 At Axia PR, we believe in a systematic process of establishing and setting achievable benchmarks for campaigns while constantly evaluating the performance of the tactics employed. We understand that agencies can no longer simply hand over a sizable clip book and say, “Look at all these articles about your company!” We instead encourage regular dialogue regarding accountability and measurable analytics to prove that the work we do does achieve set goals. To learn more, download our guide on remarketing your PR efforts, Maximizing Your Public Relations Investment.

Clients love Jason’s passion, candor and commitment as well as the team he has formed at Axia Public Relations. He’s advised some of America’s most admired brands, including American Airlines, Dave & Buster’s, Hilton, HP, Pizza Hut and Verizon. He is an Emmy Award-winning, accredited public relations practitioner, speaker, author and entrepreneur and earned his certification in inbound marketing. He founded the PR firm in July 2002. Learn more about Jason.