What can you do when the CEO is in the hot seat? 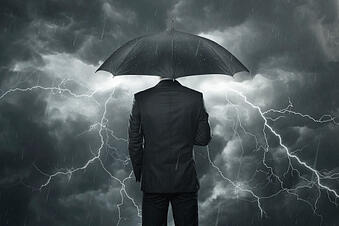 Use PR tactics to cool things off.

Lately, articles about embattled company CEOs have flooded the media. It could be the result of a current issue that has gone horribly wrong, such as that of former Target CEO Gregg Steinhafel, who resigned after a major security breach which left credit card customers vulnerable to identity theft. More often, CEO troubles are caused by the CEO him/herself, usually by saying something inappropriate.

The CEO is expected to be the biggest brand ambassador of the company. But what happens when the CEO lands in the hot seat because of a crisis? Learn how smart PR tactics can help to cool things down.

Example: Tesla CEO Elon Musk started a public battle with a New York Times reporter after a less than favorable review of Tesla’s electric car. Musk went on the attack, criticizing the journalist and the newspaper’s objectivity.

Lesson: In addition to prolonging the negative news, being combative and aggressive with media only serves to make you look antagonistic and mean, causing further damage to your brand.

How it could have been handled: While it’s fine to defend your reputation, your response should not become its own separate crisis. Musk could have simply offered a rebuttal statement, either with another news outlet or on the Tesla blog, and then ended the debate. Also, remember that even negative comments are valuable because you can learn from them. It is essential to keep the conversation positive.

Example: Sometimes, the CEO faces difficulty due to a problem that began under a predecessor, such as new GM CEO Mary Barra, who is under fire over a long-term problem that preceded her tenure. Apparently, GM had been aware of the problem, which caused a dozen deaths, for more than a decade.

Lesson: When there is a problem, own up to it as soon as possible, and definitely before the media forces your hand.

How it could have been handled: Have a crisis communication plan in place so everyone will know how to report potentially troublesome issues, as well as how to respond to them. This is one of the best ways to protect the CEO before a crisis occurs, as well as ensure that it will be effectively managed.

Example: Evan Spiegel, CEO of Snapchat, has been attracting some negative press lately over his refusal to apologize to millions of customers for a major security breach that may have exposed private information.

Lesson: It is important to show your customers that you care about them and their business. While Spiegel may not have to resign like the Target CEO, he will certainly have to win back trust.

How it could have been handled: When it is determined that your company is at fault – in any way – apologize quickly. Avoid playing the blame game or wasting time with useless denials.

Setbacks happen to every company, but the most important aspect is how you handle them. According to the Department of Commerce almost half of the companies that face a major crisis do not survive. Don’t be one of them. By following these tips, you will serve to protect both the CEO and the brand.

Let Axia handle your crisis management issues. Using our years of experience, we will help you prepare for a crisis before it occurs and be there for you to handle any crisis situation that could be detrimental to your success. Download our free e-book Managing Public Relations in a Crisis or simply contact us today.