Use news briefs, not releases, when contacting the media for certain stories 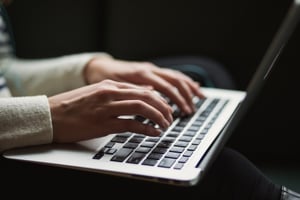 When it comes time to give the breakdown of a story in writing, news releases are usually sent. Long and filled with information, they’re viewed as the best ways to get a story to the media. But are they really the best way? Your legal team and, most importantly, reporters don’t like them when they’re for medium or smaller stories. Reporters prefer having information to base their own writing off of instead of simply publishing a news release. If the people actually working with your news releases don’t like them, then what should you do?

A better way to pitch small and medium-sized stories is with a news brief. News briefs contain the essentials of a story. In short, a news brief contains:

And that’s it. It’s much simpler than a traditional news release.

Why do reporters like news briefs so much? Reporters like having something in writing to cover themselves with, but they don’t like something that gives little room to make their own article out of. News briefs give them enough material to make an article by themselves, even if the brief itself is short.

A news brief is also much easier to digest than a full news release. We’ve noticed that our news releases tended to appear in the media as one to three sentence blurbs instead of the long stories we had sent over to them. This defeated the point of a news release, which contained a lot more information than the little blurb did. By boiling down your story to the essentials with a news brief, you’re ensuring the important parts are being directly sent to a reporter, and indirectly their editor and your audience, in an easy-to-understand format.

This sounds all well and good, but what if you’re in a company where the culture would prevent you from simply writing and sending out a news brief? What if the upper echelons of your company want news releases instead of briefs no matter how inappropriate they would be? You can do a little sleight of hand to get your news briefs out while pleasing those who want news releases.

That way, everyone gets what they want. Management gets the news release they were expecting to go out to the press, and the press receives a more digestible news brief that makes their lives easier.

News releases have their place, such as for large, page-spanning articles, but it’s not a one-size-fits-all solution like companies believe they are. The news brief is more effective for stories that aren’t gigantic. They let you communicate the essentials of your story without spending an excess amount of time doing so. Reporters like them as well, so it’s a win-win situation for both of you.

News briefs are also an excellent way to focus on the inverted pyramid if you aren’t doing so already.

Photo by Kaitlyn Baker on Unsplash