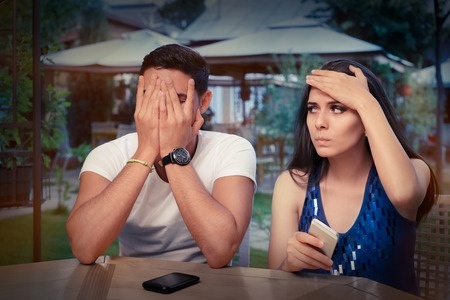 It seems some companies never learn. They continue to create situations that become public relations disasters. No company is perfect, and we all goof up from time to time. The trick is to learn from your mistakes. Even better, learn from the mistakes of others to avoid making them in the first place. This year’s list of avoidable PR goofs, in no particular order, should be enough to keep your company out of trouble for a long time.

Goof No.1: Pepsi Pepsi made a smart decision in featuring model, influencer and current “it” girl Kendall Jenner in its advertising campaign. Unfortunately, it missed the mark with the subject of the ad, which had Jenner leaving a photo shoot to join a protest.

Due to the timing, critics complained that the piece made light of the Black Lives Matter movement and the serious issues of police violence and racial tension. Even Rev. Dr. Martin Luther King Jr.’s daughter weighed in with a quip: “If only Daddy would have known about the power of Pepsi.”

After a while, the company pulled the ad off the air. It then issued an apology to Jenner. However, Pepsi didn’t apologize to the protesters or those offended by the ad, which led to further criticism. It also made Pepsi appear out of touch and insensitive.

How to avoid this: See all angles before jumping into an issue. If you’re at all unsure, hire a PR agency to help.

Goof No. 2: Nivea An advertising campaign for its “invisible in black and white” deodorant declared, “white is purity,” leading many to equate the campaign with the white power or Aryan Brotherhood movements. The company was quickly met with scorn on social media, with customers calling it tone deaf and thoughtless.

Nivea responded with what seemed like an artificial, cookie-cutter apology stating that the company “values diversity and tolerance.” Critics felt that the company should have said and done more.

How to avoid this: When creating any type of campaign or program, make sure all groups have a voice. Better yet, hire a PR firm to handle this for you.

Goof No. 3: United Airlines The airline overbooked a flight and needed to seat some crew members on its plane. Staff asked for volunteers among passengers who would agree to take another flight. After getting no volunteers, United chose one passenger at random and asked him to leave the plane. When he refused, he was physically dragged off the plane by security. Video of the incident went viral on social media.

Backlash was swift and severe. There were threats of boycotts. United’s reputation dropped to a 10-year low and its stock nosedived. After all this, United eventually issued an apology, calling the incident a “re-accommodation” of customers.

How to avoid this: Don’t wait until customers are furious and taking action before issuing an apology. Also, when you do, the wording is crucial. Contact a PR firm to do it for you.

Goof No. 4: Uber Responding to President Trump’s new travel ban against many Muslim countries, the New York Taxi Workers Alliance called on its members to steer clear of JFK International Airport for an hour. Immediately following this announcement, Uber declared that it was dropping surge prices for those going to the airport and continued servicing the airport. The move made the company’s executives look like unsympathetic scabs taking advantage of a strike.

Customers made their opinions known by deleting their Uber apps and posting negative comments on social media. Their stance also boosted business for competitors like Lyft.

Uber did a poor job of trying to explain its decision, saying it just wanted people to know that they could still get transportation to the airport without an increase in fees. Later, Uber CEO Travis Kalanick revealed a plan to help drivers who the government barred from entering the country with immigration and legal assistance.

How to avoid this: Keep your distance from political issues when possible.

Goof No. 5: Cosmopolitan magazine In what many view as thoughtless and misleading, the magazine printed a headline that read, “How this woman lost 44 pounds without any exercise.” However, the woman in question lost weight due to a rare form of cancer. Cosmopolitan then changed the headline to, “A serious health scare helped me love my body more than ever.”

Although readers have speculated about and expected an apology, there has been none forthcoming. As a result, the reputation of the magazine and its publishing company, Hearst, has taken a significant hit.

How to avoid this: Never lie or exaggerate in print, on the air or in speeches. It will always come back to bite you later and your brand image might not recover.

What your company can take away from these incidents:

Studies show that approximately half of the companies that experience a major crisis will go out of business as a result. The experts at Axia Public Relations are ready to help you through any crisis (or avoid one altogether). To learn more, contact Axia today or download Axia’s complimentary e-book Managing Public Relations in a Crisis.