Do you have the right pitcher for your team? 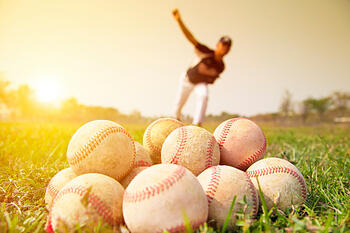 Let PR show you how to make every pitch count

In baseball, pitching a no-hitter is considered a career milestone. Certainly, a lot is riding on the pitcher of a baseball team. He is expected to be a leader, to win the game for the team and, in the event of a loss, is the first to be blamed.

For public relations, successful pitching is also a professional highlight. Careers are won and lost on the ability to attain a good deal of media coverage for clients in the right places. This is definitely not a job for shy, quiet types. Pitching to media today takes a lot of skill and training, and the rules of the game may surprise you.

According to a recent survey of 500 writers and journalists, more than 45 percent of them write just one story per day. Many write only one story per week. By contrast, they receive between 25 and 100 pitches every day, depending on their publications. You do the math.

Approximately 40 percent said they rarely write a story based on something pitched to them. Without a doubt, those of us who make a living pitching stories and ideas on behalf of clients really have our work cut out for us.

There is, however, a small ray of hope: The rest say they sometimes write articles based on pitches, and 11 percent attest to doing this very often. That leaves a very small window to squeeze through. Frequently, the only thing separating the winners and the waste basket is the pitch itself.

You may be happy to learn that when it comes to pitches, a whopping 70 percent of writers prefer to hear about ideas that offer room for collaboration rather than a finished product to just slap their names on. This means that when pitching, it’s best to approach with a rough sketch, not a completed painting.

In the pitch itself, the top preference most writers expressed is exclusive research. Some examples might include a new study that will have an effect on their target audiences or areas of interest, or an upcoming trend in your industry.

Following close behind, the second most popular characteristic of a good pitch was breaking news. Other writers say they also want to see emotional stories and content that matches their current concentrations.

As for the format of pitches, there was no real winner. Nineteen percent stated that they don’t see enough actual articles come across their desks. Rounding out the upper half of their wish lists were infographics, videos, mixed media proposals and images.

One of the most remarkable facts was that only 16 percent of journalists answered “very important” when asked about the requirement of establishing a personal connection with them before making a pitch. Overall, 64 percent of writers attached some importance to this issue, with the rest stating it had little to no significance.

When it comes to how they like to be reached, an overwhelming number (81 percent) favor email over all other contact methods.

At Axia, pitching is our business. We use everything from the latest technologies to good, old-fashioned relationship-building to help you achieve positive coverage for your company and get your name in front of influential media professionals. For more information, download our e-book Learn Media Relations from the Media or contact us today to get us on your team.