PR Success Stories: CBS Wins the Case in the Court of Public Opinion

After airing a controversial documentary accusing military leaders of gross miscalculations concerning the strength and size of enemy forces during the Vietnam War, CBS News soon found itself acting as defendant in a $120 million libel lawsuit. Having recently suffered some negative press coverage due to a similar circumstance, the last thing the news network wanted or could afford was yet another public image crisis.

The network hired a PR agency, knowing the critical importance of influential relationships in such cases, which paired the assignment with a team member who personally knew every reporter covering the legal case. Through this tactic, the agency could supply the press with information (and a few drinks) on a daily basis. Singled out by the documentary as being the most negligent, General William Westmoreland held a personal stake (and grudge) against CBS and, as a result, organized press conferences intended to further ruin the network giant’s reputation. To counter this threat, PR experts held their own conferences. These were strategically held right after Westmoreland’s, with departing reporters being invited to an adjacent room to hear CBS’s story, thus placing the opposing sides on more equal footing.

Advised by its PR agency to always be sincere when speaking with the press, CBS could see the mood of the media begin to shift in its favor. This outcome would reverberate throughout the greater public opinion. Through efficient leveraging of relationships and of the media, CBS successfully had the lawsuit dropped, avoided paying any damages and averted having to bear the exorbitant cost of litigation fees. 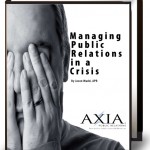