How to make your company anniversary newsworthy 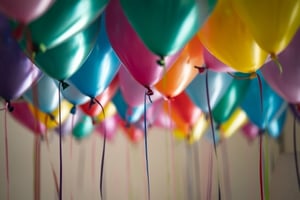 It’s time to put the public back into public relations. Public relations is much more than media relations. It’s also social and web media. One of the more notable ways – especially in the eyes of the executive team, founders, and even employees – to share your company is celebrating your company’s anniversary milestone.

We aren’t talking about your third anniversary or 27th anniversary. Many companies make it to an initial milestone anniversary, and if you celebrate it, then you must find different ways to highlight you, your executive team, and your company and its accomplishments. Take it one step further and find ways to uniquely include the media, community, etc. When celebrating your company’s anniversary, don’t forget about employees, the community, vendors, suppliers, strategic partners, deserving nonprofit organizations that are strategically aligned with your industry, or products and services.

We highlighted what some other notable companies are doing and previously did to offer even more real-world insight and ideas.

Hire a PR firm to promote your products or services, growth, other accomplishments, and even help you utilize your company’s anniversary to highlight your company’s stability, credibility, and legacy. Whether you’re celebrating 20 years, 25 years, 50 years, or even 100 years, these anniversary opportunities only come around every once in a while.

Photo by Adi Goldstein on Unsplash