According to the Knight Foundation, public trust in the media is at an all-time low. In a recent survey conducted with Gallup, the group dedicated to supporting quality journalism and engaging communities found some shocking facts. One surprising finding was that participants ranked newspaper and television news lowest, next to Congress, among major institutions they trust. This is troubling information for companies because they need media exposure and coverage – and for the public to believe their news. Public relations can help you navigate these issues and show your company in the best light.


Some recent incidents of distrust in the media

How this public distrust may affect your company

What your company can do about it

Owned media doesn’t get much credit these days, and it should. The outlets you control, such as your brochures and social media pages, allow you to tell your story your way. Sure, some might consider it biased; however, if you don’t toot your own horn, who will?

Just because you can control releasing your own information doesn’t mean you should lie. Even if there is bad news to report, get in front of it and shape the conversation – and tell the truth. Your customers and the public will view your honesty as a breath of fresh air, especially in the current climate of mistrust. They’ll reward you with their business and positive reviews.

Partnering with the right PR firm will help you navigate the dangerous waters of media coverage. At Axia Public Relations, our experts can show you how to better engage with your customers and act strategically to ensure you get the positive news coverage your company needs.


To find out more, contact us or download Axia’s complimentary e-book “Learn Media Relations from the Media” today. 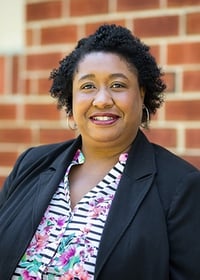 Featured photo by rawpixel on Unsplash