How extremes can add news value to your company’s story 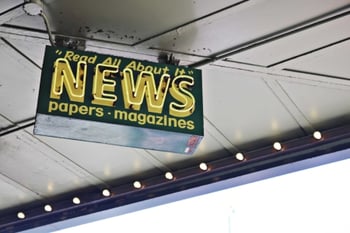 Most companies want to be the best of the best — the first in innovation, the biggest company in a field — and consumers want to know who the best is. If you look at the news, you might notice that media outlets give special attention to stories with these extremes. That’s because such superlatives have great news value, and they can help your company earn media coverage if you demonstrate them honestly.

When trying to generate earned media coverage for your company, it’s crucial to think like a journalist and understand how newsrooms prioritize stories. Newsrooms look at newsworthiness when deciding which stories to publish, and there are several elements of news that make a story newsworthy. Your company’s story must include relevant elements if you want to earn media coverage.

What are extremes and superlatives?

You may have seen superlatives in your high school yearbook: “best hair,” “best style,” “best personality.” We grew up with this idea that ranking first is important, which is why news consumers care about this element of news. Extremes are just that: extreme. Superlatives (the best of) fall under the “extremes” category, as do other impressive or eye-catching accomplishments, numbers, and oddities, such as unexpectedly exceeding a high fundraising goal.

Here’s an example: Hurricanes and tropical storms hit the U.S. every year, and many are not covered extensively on national news. But when Hurricane Harvey reached extreme levels of devastation, becoming one of the costliest tropical cyclones in U.S. history, the news media caught on. This superlative — costliest — helps make this story newsworthy. Something that is extremely costly will impact many with dire consequences, which is why this superlative has news value.

Dishonest superlatives can cost you

One of the most challenging things about this news element is how tricky it is to use. Claiming that your company is the best at something, has the most of something, or attaching any other superlative carries the risk of being incorrect and dishonest. Making bold statements without backing them up with facts, context, and verification can erode trust among your audiences of journalists and consumers alike, which is why you must exercise great caution when using superlatives in PR.

Must Read: Moving away from exaggerations to improve media relations

One way to improve honesty and provide a safety net for your company is to accompany superlatives with qualifying language. Qualifiers are words or phrases that indicate how you feel about another word. They modify another word’s meaning and, in this case, can express uncertainty about a claim.

In the Hurricane Harvey CBS story, CBS uses a qualifier in its headline to make a newsworthy, while still truthful, claim. The headline reads, “Harvey may be one of the costliest storms in U.S. history.” “May” is the qualifier. CBS didn’t know if Harvey was indeed the costliest storm, and while that definitive headline may have generated more attention, it would not have been truthful. Using the qualifier “may” allows CBS to make this claim while still reporting honestly. The news outlet further supports the claim with facts and testimony from trusted sources like the National Weather Service. While the qualifier is important, it’s the detailed and trustworthy support that makes CBS’ claim truthful.

Don’t limit yourself to superlatives

Your company doesn’t need to claim to be the “best” at something to use this news element. Legitimate extremes can capture just as much attention as a superlative. Ford Motor Company earned media coverage in Tech Times for its all-electric pickup truck, which Ford says can accelerate from zero to 60 mph in 4 seconds. That’s an extreme, which is why Tech Times included that metric in the story’s headline. This impressively short acceleration time will likely wow Tech Times readers, making it newsworthy. This story doesn’t just include that extreme; it also includes a superlative, “the first electric pickup truck specifically designed for law enforcement,” which adds more news value.

Honesty and awareness are crucial when using this news element in an effort to earn media coverage. While you may honestly think your company is the first to do something, other companies could have already accomplished that feat without you knowing. You should conduct extensive research into the accomplishment you are claiming to ensure that your claims are accurate and to avoid losing consumers’ trust.

Context is important too. Your company’s extremes could pale in comparison to other companies’ extremes, so ensure that you know what you’re up against, and provide context as necessary to impress audiences with your extremes.

To learn more about earning media coverage for your company and pitching to newsrooms, read our e-book “Learn Media Relations from the Media” for our expert advice.