Can watching the news cause PTSD? 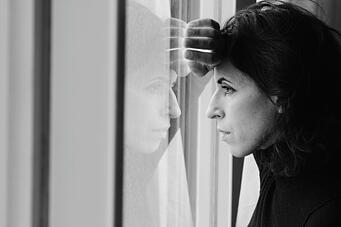 How large corporations should focus their PR tactics

You watch and access the national news to find out what’s happening in the world around you. But perhaps you should be aware that a recent study conducted by National Public Radio, the Robert Wood Foundation and the Harvard School of Public Health suggests that this seemingly harmless activity could be creating symptoms similar to those suffered by individuals with post traumatic stress disorder (PTSD).

In public relations, one of our goals is to get the companies we work for on the news, telling their stories and receiving positive coverage. However, news that causes extra stress for the audience doesn’t do anything to advance these goals. While it doesn’t mean that you should stop trying to attract attention from news media, it may necessitate a change in how you approach journalists.

What did the study say?

With each media outlet competing for your attention, the demand to be first and more shocking than the next guy is causing ill effects. For example, many news organizations report images and video immediately, without filters, and others broadcast disturbing images on an almost constant loop for hours on end, creating impressions for the viewer similar to PTSD.

This is typically only true for certain kinds of news coverage, such as bombings, violent attacks, disasters and wartime reporting. Even when you’re not directly affected and don’t know anyone else who is, these stories can trigger the same type of psychological responses as someone who does have a specific connection to the events.

What can you do about it?

The study authors suggest that news outlets should warn viewers beforehand when stories or images might be considered graphic by some people. If you think a television broadcast – with images in live, moving color – may be too disturbing for you or your family, turn it off.

You might also want to try listening to the radio or reading a printed account. In addition, it is important to not remain glued to the story for hours at a time. Get the relevant details and, as long as it doesn’t imply imminent danger to your geographical location, turn it off for a while and go do something else.

So what does this mean for large corporations and their PR efforts?

Lately there has been public pressure on media to cover more of the positive news that we know is out there. After all, the world can’t truly be as bad as what’s depicted on the nightly news.

Although most media professionals will tell you that negative or shocking information sells more papers and gets more attention than feel-good pieces, many news outlets are responding to the call for more positive stories. According to a study done by the Pew Research Center’s Project for Excellence in Journalism, the media landscape has changed in recent years. Crime reporting has gone down while lifestyle subjects and interview segments have increased.

This is good news for large corporations and their PR teams. As news outlets look for positive stories, you can be there to provide them.

Instead of simply distributing press releases, position yourself or your company as a thought-leader in your field and make yourself available as an expert for interviews or commentary. In addition to getting your name in front of potential customers, this will also help you build relationships with journalists.

Whether local, national or industry-based, Axia will work hard to get you the media attention your company needs. Our professionals are experts at generating positive media relations for your products, services and ideas to help you achieve your overall company goals and increased productivity. Download our e-book Learn Media Relations from the Media for the best ways to garner media attention, or contact us today.