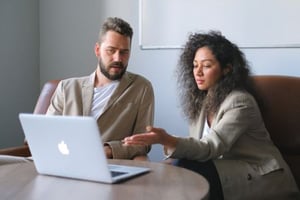 There are several reasons why in-house public relations departments fail. We've put together a list of common reasons based on our decades of experience working with some of America's fastest-growing and most admired brands, as well as emerging brands.

The more in-house employees an organization has in the PR department, the more likely they are to hire outside PR agencies. This research by the University of Southern California Annenberg School for Communications and Journalism might surprise some. But the truth is, the larger an organization is, the more likely it loses its efficiency and begins to specialize in managing and overseeing others.

No single brand can accomplish the same volume and value to those connections versus an agency that’s entrenched and entrusted with multiple brands and sources at their fingertips.

In-house workers are often distracted by internal meetings, company policies and training sessions, and watercooler conversations that prevent them from ultimately being productive.

Meanwhile, agencies are engaged and judged on the scope of work, outputs, and outcomes. If they don't get the work done, they don't get to keep the business. An employee who attends meetings on time and contributes gets rewarded.

If you're looking for public relations to drive news coverage (earned media), then those individuals need to know how newsrooms work. If you can't figure out who does what function within the newsroom organization, how do you know who, how, and when to pitch your news story?

Speaking of media pitching, based on observations and client confessions, most in-house employees are intimidated by the media and fear the concept of pitching media. So much so that they procrastinate and never pick up the phone to pitch until it's no longer a newsworthy topic, costing the company significant visibility in the marketplace.

Axia Public Relations has a documented proven process for earned media coverage that we share with global audiences to help them learn the best practices of media relations.

We've seen some really bad hiring moves. Some organizations hire a newsroom personality or reporter who has influence and splash but next to no experience working in public relations. These journalists know how to tell stories but are not in a position to lead a team or develop a strategy.

In addition, hiring is seasonal. Companies are either hiring and struggling to find talent, or trimming and looking to reduce payroll costs.

When it comes to outsourcing PR, nearly every major brand is smart enough to know the best professionals are often working in a company, community, and culture with other highly talented individuals. An accountant who’s ambitious wants to work and learn with other expert accountants. They wouldn't be too happy working solo in a company or with a small team.

The nail in the coffin is that it actually costs more to staff in-house employees for news media, social media, and web content strategies, programs, and measurement than it does to hire an expert team via a public relations agency. Don't believe it: We've run the numbers and so can you.

Photo by Anna Shvets from Pexels