3 tips to prevent a crisis from escalating 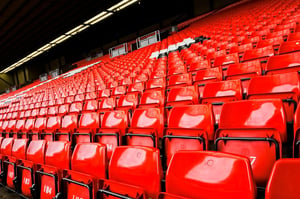 It’s been two months since the controversy regarding Ohio State University’s coaching staff became public, and yet, it’s still the main storyline of the Buckeyes’ season. There are crisis communication steps Ohio State head coach Urban Meyer could have initially taken to prevent the escalation of the situation.

This is the most important tip to keep in mind. It was Urban Meyer’s misleading comments and misspoken words that resulted in his suspension. When facing a crisis situation, the media and the public want transparency and truthful statements. One little lie or confusing statement can destroy the trust the public has placed in you.

Issue a clear statement that explains the situation and stick by that statement until an update is available. This allows you to maintain the public’s trust. Ohio State’s statement regarding Zach Smith’s dismissal was brief and only revealed that the school had terminated him and would announce coaching staff changes later. That was on Monday, July 23. On Tuesday, July 24, Meyer participated in Big Ten media days, where Zach Smith was the main topic for the first five minutes, with journalists asking multiple questions about the crisis Ohio State was facing. Had there been a blanket statement that Meyer continually referred to, the message would have been clear from Ohio State.

Providing information before anyone requests it allows you to remain the authoritative figure. Since the news broke, Ohio State has been in reactive mode. Journalist Brett McMurphy’s story appeared on Facebook just after 8 a.m. on Monday, July 23. Ohio State issued its two-line statement that afternoon. Since August 3, Meyer has issued several apologies plus a clarification message; however, each message is in response to either the media or public outcry. The sincerity diminishes with each subsequent apology and clarification, which also lessens the impact of any future actions Ohio State may attempt to take. Proactivity preserves the sincerity.

Clients love Colleen's knowledge and expertise in athletics. She has more than a decade of experience working in intercollegiate athletics at the NCAA Division I, Division II, and NAIA levels. Colleen graduated from Virginia Wesleyan College with a bachelor's degree in communications and earned her master's in sport management from Florida State University.