3 lessons your company can learn from the Aflac crisis

Use PR to avoid, endure and outlast whatever trouble strikes your company

A public relations crisis can happen to any company of any size at any time. Sometimes, they happen quickly, like the scandalous retirement of the CEO or inappropriate comments made by a top executive. Others develop slowly, like disgruntled employees whose behavior eventually begins to affect customer service.

Still others seem to be the result of a perfect storm: several problems happening at once to bury a company under bad news and negative criticism. That’s what occurred with Aflac, the supplemental insurance provider. Here’s how the company erased the stench of crisis and came out smelling like a rose:

First, a devastating tsunami hit the nation of Japan, where the company gets approximately 75 percent of its business. To make matters even worse, the actor (spokesvoice) behind the duck, the company mascot, comedian Gilbert Gottfried, made disparaging remarks about Japan. (Did you know that by using the quirky duck in its TV ads, Aflac’s brand awareness rose from 11 to 93 percent?) After quickly severing ties with the personality, Aflac was left without its well-known corporate mascot, a huge part of the company’s brand recognition and identity.

Since Aflac featured the duck mascot in all its advertisements and promotions, the company was effectively left without a voice or a way to quickly broadcast its messages. This crisis hit the company’s finances, reputation, internal communications and promotions, all in less than one week’s time.

How did Aflac solve the crisis?

Aflac was left with a triple problem: finding a new voice for its iconic image so it could become visible again; controlling its reputation; and helping its customers in the middle of one of the worst natural disasters to ever affect the country of Japan.

First, Aflac pledged approximately $1 million to help disaster victims, and the CEO went to Japan to conduct interviews about what the company planned to do in response to the emergency. Employees helped to raise even more money, and Aflac created social media accounts where people could offer condolences and provide updates.

Then, the company began conducting a nationwide search for the new voice of its mascot. This brilliantly shifted the conversation away from Gottfried and his remarks. Instead, people began talking about the incredible job opportunity, with even major league athletes signing up for a chance to be the duck’s new voice.

After choosing an actor, Aflac then conducted a media blitz. This included news conferences and sending a video of the winner receiving the news to journalists.

Since Aflac wasn’t advertising on television, social media became a major component of its comeback campaign. Paying attention to what people were saying on social media allowed Aflac to contribute supporting stories and get the word out about all its efforts.

As a result, Aflac’s earned media coverage included 70,000 media stories, 12,371 people auditioned for the job and Aflac’s website traffic grew by 20 percent. The entire initiative earned the company tens of thousands of news hits and a Bronze Award at the Cannes Lions Festival. In addition, the company’s Twitter following increased by 14.5 percent, there were more than 140,000 visits to the quackaflac.com website and brand and character social sentiment more than doubled (before the crisis consumer sentiment was 3 to 1, after it was 7 to 1). Perhaps most importantly, direct sales leads increased 80 percent.

What can your company learn from the Aflac crisis?

Aflac severed ties with Gottlieb immediately after his Twitter comments. In this way, the company took control of the situation before any public backlash could dictate its decisions.

You should employ social media, owned media (your website, blog, online news room, ebooks and other premium content) and earned media during a crisis. You want to make sure your target audiences receive your message on all channels.

Aflac employed several PR agencies to help it transition from crisis to message control. By bringing in experts to handle crisis communications, you can continue to focus on running your business and getting back to normal.

The professionals at Axia Public Relations can help you avoid or survive a crisis. We’ll work to develop a crisis communication strategy to keep your company on track and restore your reputation. To learn more, contact us today or download our e-book Managing Public Relations in a Crisis. 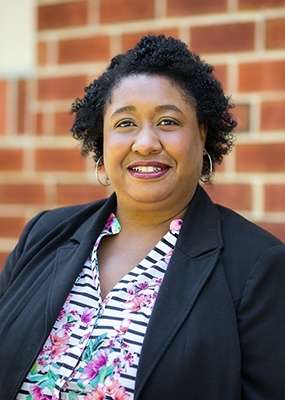