What’s the difference between impressions and engagements? 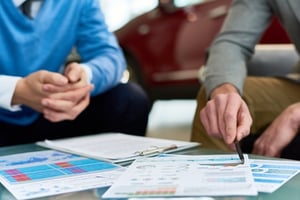 One of Axia Public Relations’ favorite social media publishing tools is HubSpot. Yet HubSpot isn’t a fit for every company, so we often recommend Buffer as an alternate because it’s so easy to use and offers analytics that update daily. It’s important to understand the meaning of your social analytics. How is post reach different from post impressions? And what’s the difference between engaged Facebook users and Twitter engagements?

Learn what each measurement means below.

Axia Public Relations can help your company develop a social media strategy that grows your business and establishes your company as a thought-leader in your industry. We’ll send you monthly activities and outputs reports that include the analytics that are important to your company. Learn more about our social media services and how we create content that resonates with your target audiences.