What are SMARTER PR objectives?

Let’s get SMARTER about PR 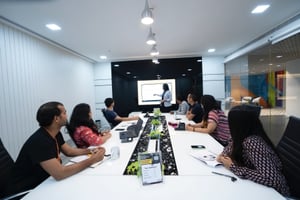 By now, you’ve probably heard about S.M.A.R.T. objectives (Specific, Measurable, Attainable, Realistic, and Timely) and using them for PR. We blogged about SMART objectives and how to be a SMART communications pro frequently.

There’s a movement to add ER to SMART objectives and push for SMARTER objectives, and we love it!

Clients love Jason’s passion, candor and commitment as well as the team he has formed at Axia Public Relations. He's advised some of America’s most admired brands, including American Airlines, Dave & Buster’s, Hilton, HP, Pizza Hut and Verizon. He is an Emmy Award-winning, accredited public relations practitioner, speaker, author and entrepreneur and earned his certification in inbound marketing. He founded the PR firm in July 2002. Learn more about Jason.

Photo by Smartworks Coworking on Unsplash