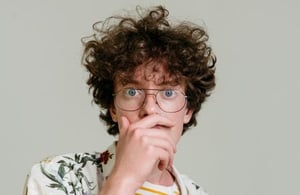 Google’s algorithm has been based on links ever since its inception. Link building is one of its top three ranking factorsRecent reports that an agency executive covertly bought a news site that covers the PR industry and used it for dishonorable activities left the public relations industry gasping. This post objectively unravels the story surrounding Ronn Torossian and his agency’s deceptive activities around acquiring and operating Everything-PR.

Having purchased Everything-PR in 2014, Torossian and his agency proceeded to turn the site into a self-serving machine.

Some of his documented acts include:

Though he recently denied ownership of Everything-PR last December, both 5WPR and Everything-PR on its “About Us” page have admitted Torossian’s ownership of the site. Now, they’re wiping off the fictitious bylines they used to author many of their posts.

Torossian’s misconduct has generated quite some buzz all over the news, and there’s good reason.

The big deal and its implications

Torossian’s actions are wrong on multiple levels and have drawn criticism from PR pros on social media.

For one, a variety of his writings focus on how to excel in the industry, stressing candor and an open-door policy. It’s sad to find his actions demonstrate the exact opposite of what he preaches.

He could face legal consequences, as hiding his ownership of Everything-PR for eight years now could have him running afoul of the Federal Trade Commission’s laws on genuine marketing and advertising practices. So, failing to reveal that he owned Everything-PR essentially hid the connection between both entities and misled its audience.

Sooner or later, Torossian and 5WPR could also face other lawsuits by parties claiming they suffered damage from the disparaging articles on Everything-PR.

Public Relations Society of America New York has denounced Ronn’s practices as cowardly and a violation of the PRSA code of ethics. One of its principles is adhering to the highest standards of truth when communicating with the public. Another principle is dealing and competing fairly with industry rivals to promote a business environment congenial to all.

While Torossian has apologized, a sanction from the body is well within the realm of possibilities.

As disgraceful as the saga is, there is, as always, a thing or two for PR professionals to learn. One of them is that you’re welcome to build your brand by sharing your thoughts. However, you must reveal the self-serving elements in your thought-leadership. Singing your own praise and acting as if it came from an independent third party is nothing short of mischievous.

Also, if you’re looking to build your brand’s reputation, do it authentically. You don’t have to attempt to tear others down in a bid to the top. In fact, if anything, speak well of others in your industry. Such actions will speak well of you. We rise by lifting others.

Read our post for insight into what makes a website a good PR tool and tips on how to use it effectively.

Photo by Pavel Danilyuk from Pexels