Turn your pitches into stories to get journalists interested in them 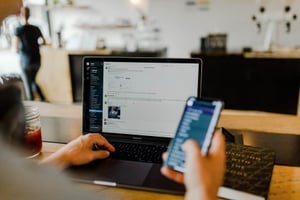 Imagine you’ve finally got a good pitch ready to send to the media. You’re well prepared, and now it’s time to get that phone call done. Despite hitting it off with the media contact, your contact ultimately declines to run the story. What happened? You did everything right; you had the main point and some facts to go with it to give context.

One key issue in the above scenario is you didn’t make the reporter interested in the story. A reporter who isn’t intrigued leads to unsuccessful pitches no matter how important the pitch is to your company and its growth.

A great way to get a reporter’s attention is by turning your pitch into a story. Reporters don’t want a bland list of facts nor do they want generic bullet points; they want something that tells a story from beginning to end. Stories not only get their attention, they also get the audience’s attention when they’re reading them.

When discovering a story, focus on characters, not a checklist of facts. Reporters are interested in the characters behind what’s going on. To see how effective this can be, think about classic movies such as The Wizard of Oz or The Godfather. They were focused on telling a character-driven story, and that appealed to many people instead of just a handful of people.

An example of an eye-catching story can be seen as a major promotion in your company. A pitch that doesn’t have a story in it would state the promotion occurred with some factoids surrounding it. A great pitch would tell the reporter about the person who received the promotion, explaining how he got his start in your company, his rise to success, how big projects he helped with succeeded, and ending on a high note with him receiving the promotion you want to let the world know about. This framing turns into a proper story that people can get invested in instead of being a minor fact that wouldn’t affect most people hearing it.

By transforming your pitches into stories, you’re helping give media professionals a great experience. By telling them an interesting premise, they’ll remember the positive experience they had and the story you told a lot more than a bland announcement about how X happened.

Of course, this is not a guarantee that a pitch will be successful. Even the best stories will not get picked up sometimes. However, identifying a story builds up enthusiasm and increases the odds of it getting published.

Each pitch you have contains a story. Find it, and you’ll be able to make reporters more enthusiastic about sharing your stories. By framing them into stories, such as character-driven ones, a typical pitch can be transformed into an eye-catcher that will intrigue both the reporter and your potential audience. This doesn’t mean you should be writing the reporter’s story for him or her, but identifying the story the reporter can further turn into his or her own will pay dividends when it’s time to make a pitching call.

Photo by Austin Distel on Unsplash