The irony is hard to miss: Wal-Mart, in conjunction with TracFone Wireless, is involved in a class-action lawsuit regarding “Straight Talk” cellphones and data plans. Yet, no one’s talking.

The two have been named in a class-action suit filed in Northern California’s U.S. District Court, centered around customer complaints about painfully slow data (called throttling) and flat-out disconnections in service – without warning – on cellphones purchased at Wal-Mart stores. The complaints are centered around the “Straight Talk” cell phone product, sold in stores when Wal-Mart and TracFone Wireless created the product together four years ago.

Why are customers complaining? Advertising messages for the Straight Talk phones boast data usage without limits to more than 23 million customers – yet the suit alleges real and burdensome limitations for buyers. Not only does data speed appear to slow for many customers only a few weeks (or even days) after purchase, but articles have reported that those who asked for answers from TracFone were told they were not using the data plans correctly, without providing any details on how they had misused the plan.

TracFone is a strong force in the cellphone industry, ranking in the top five; Wal-Mart, of course, is an even stronger force in the almost-everything industry. So who should speak about the customer complaints? So far, neither party is commenting.

1. That is mistake number one. Wal-Mart, as a purveyor of household goods, groceries and life essentials for millions of customers, must discuss with cellphone partner TracFone who will break the silence, and create a solid customer message fast. Perhaps one of the retailer’s classically themed messages along the lines of “you’re our customer, and we want to make this right” would be a start. At any rate, Wal-Mart, as the retail giant, must speak – or make sure someone speaks.

Actually, someone else is already speaking. In an ABC interview,Press Director of Policy Matt Wood said that throttling data plans is a better alternative to capping customers’ data use when they reach a certain level, which entails a possible abrupt penalty. Throttling doesn’t break any laws, as long as consumers are fully informed of what it means to their “unlimited” plans.

2. Here is mistake number two: Wal-Mart, as the brand customers will most openly associate with the cellphone problems, can apologize for the miscommunication (more irony) and offer customers a refund or exchange without question. While throttling doesn’t break the law, it certainly does offend shoppers, even if the guilt is shared among both Wal-Mart and TracFone.

3. Finally, Wal-Mart messed up by failing to see that its silence truly sends a loud and clear message. Consumers are already barraged with anti-super-retailer messages; not receiving a good, old-fashioned apology or some type of explanation doesn’t help the situation. A fair number of disgruntled phone users could be older adults who trusted Wal-Mart for a simple way to acquire and use a cellphone, and they happen to have plenty of time to share their complaints openly. It’s not good business, and it’s not good PR.

Could your customers benefit from some genuine straight-talk? Contact Axia Public Relations today; we’ll help you craft your message and say it the right way.

The first step to hiring the right PR firm is knowing how to fire the wrong firm. Get How to Fire Your PR Firm now! 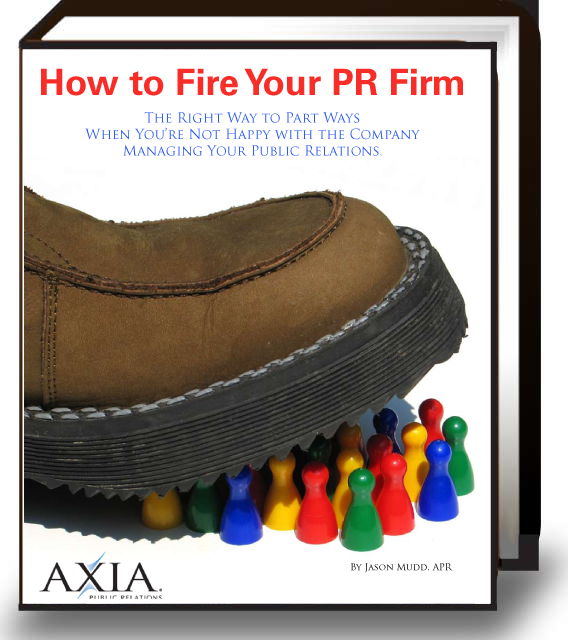 How to Fire Your PR Firm

Not All Matches are Made in Heaven