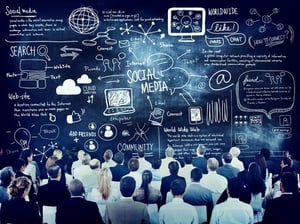 Ah, Twitter. It’s a repository for political musings, humorous quips and celebrity news. It provides a platform for solace and unity in times of tragedy as well as mean-spirited comments directed at enemies. While we forget most tweets moments after we read them, others, for some reason, are indelible, and people still share them even years later. Find out what makes an unforgettable tweet and how your company can take advantage of this knowledge to boost your visibility and profits.

Notable tweet No.1: Barack Obama’s response to the Charlottesville attack

This tweet ranks as the most liked ever, receiving 3.3 million likes and more than 1 million retweets.

The lesson for your company: Look at the world around you. If there’s a major news event happening, your customers and prospects are paying attention. Tweet a thoughtful comment so that your company is part of the conversation. This shows you’re relatable and in touch with your community instead of some faceless company just trying to make a buck.

Notable tweet No. 2: A year of free chicken nuggets from Wendy’s

“Yo @Wendy’s how many retweets for a year of free chicken nuggets?”

Nevada teenager Carter Wilkinson sent the restaurant chain the message in hopes of scoring some free food. The company responded with the number 18 million. Using the hashtag #nuggsforcarter, other brands and celebrities joined the quest to help him reach the number. While he didn’t get to 18 million, Wendy’s did honor Carter’s request, while also racking up some major free publicity and a boost to its good reputation. Carter even appeared on “The Ellen DeGeneres Show” to talk about the challenge.

The lesson for your company: Answer questions. There are millions of Twitter users asking questions that your company is well-poised to answer. This is how you gain traction as a thought-leader in your industry. Pay particular attention to the questions about your company specifically. Research shows that customers expect a company to respond to their questions within an hour.

“If only Bradley’s arm was longer. Best photo ever.”

The entertainer and talk show host used the tweet to accompany a momentous photo taken during the Oscars featuring nearly a dozen of today’s top stars, including Angelina Jolie, Julia Roberts and Bradley Cooper. Unfortunately, the original excitement over the picture became tarnished when the public discovered that the entire stunt was actually a product placement for the new Samsung phone.

The lesson for your company: Don’t overdo it. While you should use Twitter to tell what’s going on at your company, you may risk alienating customers if you do it incorrectly. Make sure that you make it interesting, informative and entertaining. Also, since readers won’t be able to see a photo in your tweet, remember that your description of the image must be enticing enough to get people to click on the link.