The 3 most cringeworthy PR fails of 2018 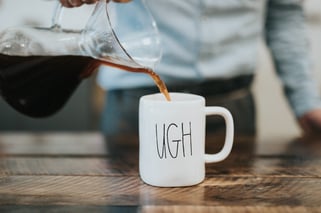 How to keep your company from making reputation-ruining mistakes

Social media is the most accessible tool customers have to learn about your company and become familiar with your brand. It’s also incredibly impactful in helping – or hurting – your company’s reputation. Even the most reputable companies have experienced the power of social media and how one small mistake can go viral, quickly tarnishing a previously “squeaky clean” reputation. Here are three huge PR fails and what you can do to avoid the same fate.

Some celebrities are able keep their opinions in check on their social media accounts, whereas others use social media as a place to vent their racial biases and political stances. In May, Roseanne Barr, of ABC’s successful sitcom “Roseanne,” tweeted racist comments about former president Barack Obama, and her actions had career-ending consequences. ABC immediately ended her show and created a spin-off series without her, which not only lost her millions of dollars, it also cost hundreds their jobs.

The Swedish clothing company released an advertisement for its children’s clothing line in early January that outraged millions internationally. On the retailer’s website, a young African-American boy modeled a sweatshirt that said, “coolest monkey in the jungle,” while a Caucasian model wore a similar sweatshirt that said, “jungle survivor expert.” A public backlash began on Twitter, with customers tweeting about their anger with H&M and its insensitive product. The outrage was enough for H&M to remove the sweatshirt from its site and apologize. H&M had to close its store in South Africa and lost its partnership with music artist The Weeknd in the aftermath of the incident.

Even the most thought out and planned campaigns can be failures, like when IHOP announced it was changing its name to the International House of Burgers. The campaign’s intention was to promote the restaurant’s new line of burgers; however, many people misunderstood the message. One confused person tweeted, “So they aren’t going to have pancakes anymore, or are they keeping them and adding special burgers? What's happening? #IHOb #confused.” Other customers felt downright lied to because, in the end, IHOP never changed its name at all. Overall, it was a poorly executed PR stunt that led to a wildfire of mentions on social media poking fun at IHOP’s attempt to market its brand.

Though Roseanne, H&M, and IHOP nearly destroyed their reputations, your company doesn’t have to. The first step of effective reputation management is listening to what consumers are saying about your brand. Start with setting up Google Alerts to find out when people mention your company online. Always keep social media up to date and fresh, and stay away from subjective topics to remain neutral and portray a positive online persona. Be apologetic and transparent when you make mistakes and proactive in a solution. Implement a plan to ensure you don’t make the same mistake again. Finally, stay connected with your audience online and continuously reach out to build lasting relationships. Having a customer base that trusts and loves your brand will lead to referrals, positive online reviews, and countless voices to vouch for your brand.

If you’re concerned about your company’s online reputation, download Axia Public Relations' complimentary e-book today. It’s a useful guide to restoring your company’s positive reputation and boosting your brand. If your company has negative online reviews or needs help increasing the amount of reviews it currently has, sign up for a 15-minute ReviewMaxer demo now. 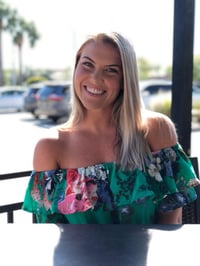 Hannah Feran is a senior at the University of North Florida working toward a Bachelor of  Science in public relations. After graduating, Hannah plans to pursue a career in social media management or event planning.