The year 2013 was one of trials and tribulations for social media. Online social networking grew at an amazing pace last year in terms of membership, integration and valuation, but in doing so it also revealed various inherent issues and potential risks.

The most important social media lesson of 2013 is essentially a continuum of what we have been learning since the early days of the 21st century: Internet technology is changing the way we interact. What we are doing on the various social networks we belong to is meaningful, and this is underscored by the fact that in 2013 the United States Securities Exchange Commission (SEC) approved the use of Facebook and Twitter for notifying the public of earnings and other filings.

Here are other important lessons social media taught us in 2013:

For many business enterprises, social media has become a vital public relations channel. In 2013, however, there were a few examples of bad judgment and lack of sensibility in this regard. A single tweet posted by the London Luton Airport showing a 2005 plane crash for the purpose of promoting safety during snowy conditions was poorly received as expected. Another example of a brand trying to foolishly capitalize on tragedy was website Epicurious, which attempted to promote recipes in the wake of the Boston Marathon terror attack.

An infamous and fake tweet was all it took for the Dow Jones Industrial Average to drop 150 points in just a few minutes. It happened in April when the prominent Twitter account of the Associated Press was hacked and a status update claimed that bombs had gone off at the White House.

The massive growth of social networks such as Snapchat and Vine in 2013 proved that video has enormous appeal among social media netizens. Video sharing giant YouTube was certainly paying attention as it gained substantial Internet market share, particularly in terms of mobile traffic.

The Associated Press hacked Twitter account was just one example of social media security breaches in 2013. In November, Internet security firm Trustwave revealed that a major keylogger exploit distributed as a computer virus had managed to steal the username and password information of more than 300,000 Facebook accounts.

Business accounts and personal social media accounts can only be protected by those who have access to them. To this effect, network security analysts are hoping that 2014 will be a landmark year in terms of adopting comprehensive measures such as effective cyber security measures.

In 2013, followers of major brands such as American Airlines and Bank of America were treated to the odious auto-response Twitter scripts that everyone loves to hate. The unwritten consensus of using social media auto-responders is that they should be identified as such and should only be used when there are no customer service representatives available to mind the accounts. Customers do not like being fooled by Twitter bots.

People do not use social media mindlessly; in fact, they tend to be quite engaged and attuned when doing so. JPMorgan Chase was definitely not in the loop with regard to public sentiment when it offered a Twitter Q&A session on the bank’s landmark judicial settlement with regulators over the mortgage meltdown dating back to 2008. As a result, the bank suffered Twitter’s unfiltered reality, which could have been avoided by testing public sentiment beforehand. 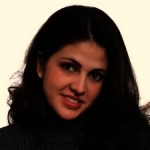 – Stacey Waxman is a freelance writer with a focus on marketing. She can be found typing away on her laptop in cold Cleveland, Ohio.