Sharing your company’s news: anatomy of a news release 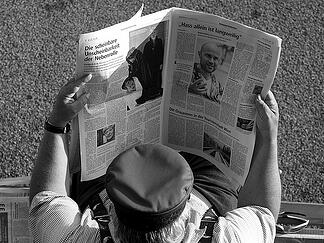 As public relations professionals, we follow established guidelines that most business professionals aren’t familiar with. Some of the most commonly asked questions we get are about news releases, which, when written and edited correctly, are a great way to share and promote company news.

News releases are a widely embraced way to share important company information, including executive announcements, growth and expansion, new locations, new client acquisitions, corporate social responsibility efforts, events and expert sources. There are a number of ways on how to write a news release, and some are more stylistically appealing than others – especially the ones that reporters and consumers or industry insiders actually like to read.

A news release must have a hook that interests both the newsroom you are sending it to and, ultimately, its audience. This is key for your news release whether it’s a business communication or intended for an audience made up of general consumers. People don’t care that the boss wore a Hawaiian shirt to work and grilled hamburgers last month – that isn’t newsworthy. Your public relations firm also cannot create a news release without facts, stats and solid reasoning to back it all up. (The Elements of News are still important.)

Most news releases are written with an inverted pyramid style in mind, which is the way journalists often write newspaper articles. The inverted pyramid allows for a reporter or the editor to drop a news release directly into an open space in the newspaper or magazine. If space is an issue, then the least important information is cut from the bottom up.

A news release should have a headline that will catch a reporter’s and reader’s eye, and a subhead is also helpful. Take a look at the target outlet (the newspaper or magazine) and see how your style compares – most of their pieces have headlines and many also have subheads.

The body of a news release should include key statistics, background information and even quotes from the individuals behind the news as well as other key players associated with the story. Stylistically, if you include multiple quotes, they should be separated by transitional sentences and other important non-quotable information such as statistics or other relevant statements. Quotes should be interesting and unique, and would ideally contribute some insight and substance to the piece.

Typically, a news release ends with a boilerplate, which is a paragraph or two describing the featured company and its product/services.

When we create news releases for you, the client, we write them with all of these components in mind. You may not understand our reasoning, especially if you suggest changes and we end up reverting to a previous version. We truly are trying to craft a product that will best benefit you as the client and that should get you the most media coverage. I often see news releases online and on companies’ websites that are poorly written, and if they make even me cringe, you can be sure a reporter is burying his head in the sand.

What are some of your frustrations with news releases? Share them in the comments section; perhaps we can assist you and your team.

– Marjorie Comer is an Account Manager at Axia Public Relations. Marjorie proudly supports her Kansas City sports teams. She graduated from Rockhurst University with a Bachelor of Arts in communication on a media track. Her colleagues nicknamed her the “hammer.” Follow her on Twitter @Marjorie_Comer.