Motivating Your Employees with the Value of PR 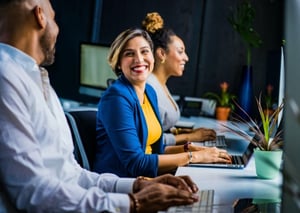 This is an often overlooked — and perhaps the most valuable — feature of PR, as motivated employees who believe in the vision, brand, product, service or expansion of your company will outperform unmotivated and skeptical employees, have greater productivity and drive more revenue for your business.

External public relations, or public relations seen in the general public, also reaches your internal audiences — employees, dealers, distributors and shareholders — and can reinforce their decisions to invest their time, talents, careers and money into your company.

This also helps the company recruit new and more qualified employment candidates and retain employees, which in turn reduces the cost of recruiting new employees.

Every successful CEO will tell you that the top secret to success is hiring, training, investing and retaining the best employees possible.

Many CEOs I meet with tell me that the more visibility we generate in the marketplace to consumers and prospects, the more enthusiastic and excited their employees are about their companies' visions, products, services and expansion plans.

Mary Kay Ash, the founder of Mary Kay cosmetics, said, “People are definitely a company’s greatest asset. It doesn’t make any difference whether the product is cars or cosmetics. A company is only as good as the people it keeps.”

At a public relations campaign evaluation meeting about four months into its new relationship with Axia, the CEO of one company said its PR was everything Axia had promised and more. He said employees were more enthusiastic about being part of the company and now now felt it was something special to be part of. Employees were hearing positive comments from family, friends and neighbors about the media coverage and this had caused them to take greater pride in their work, which had translated into greater sales and productivity.

In addition, the CEO said it had become clear to him the employees had bought into the company’s vision, direction and growth plans and the company was enjoying more success attracting and retaining qualified job candidates.

They even had fewer no shows for interviews.

Rethinking the value of public relations to focus on motivating your employees in addition to attracting new customers and creating customer brand loyalty will maximize the return on your PR investment.

To learn more about the value of using PR to motivate your employees, check out this infographic.

Photo by Jopwell from Pexels