Responding to a negative news story and its consequences 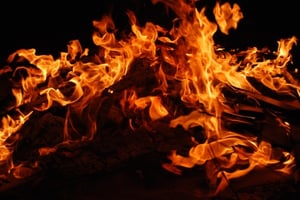 Gaining news coverage for your company, yourself, or a member of your executive team is a key aspect of public relations. However, what happens when a news article is published and your company or an executive is presented in a less than favorable light? What is your company’s best response to the situation? Do you respond or let it be? And why?

Navigating this type of situation can seem daunting, especially when you and your company are handling the fallout by yourself. Your first response might be “fight” rather than “flight.” While there is some catharsis in responding, it’s often not the route to take. It's doubtful you or your company will change any readers' minds or the opinions of the outlet’s editors. Not responding to the article is like depriving oxygen to a fire – it will go out quicker. But feeding it with more oxygen will stoke that flame.

All too often, individuals or organizations continue to respond to a negative story after it's grown cold, resulting in continued negative press. You must decide to respond early and then stick to your strategy. This can be especially problematic when you have positive news to share.

Tiger Woods: An example of What Not To Do

A prime example of reigniting the news cycle is Tiger Woods when it was first announced that his marriage was in crisis. Here is a brief timeline:

As Woods released his first statement, US Weekly was prepping the publication of his indiscretions. Making a statement followed quickly by additional press made his apology seem insincere and fueled additional research into more stories. His continued presence, with gaps between statements, on his website and TV allowed the speculation and media storm to continue, damaging his career and sponsorships.

A company hired us after experiencing a negative news situation. One of our first steps was to check if there was other news coverage by the original outlet or other media outlets and if there were subsequent social media posts. Two weeks after the story was published, the client finally felt enough pain from the negative news that they wanted to respond. However, we showed them the story had grown cold in the two weeks following the article’s publication. There was no reason for our client to respond to the article, which saved them from reigniting the story.

You and your company can’t control everything written about you. Having positive news stories and utilizing PR (over advertising) to build a strong brand and great reputation as a company that cares and is a thought leader is important to your success.

If you have a negative story written about you or your company, having a mentor, coach, consultant, or agency as a strategic partner in your corner can help you navigate a negative news cycle to let the fires die so you can move forward.

If you are concerned about reigniting the news cycle, schedule a consultation with PR expert Jason Mudd, APR.

Photo by Pixabay from Pexels