Prank Gone Viral? Use it for a PR Move, The Harvard (and Yale) Way 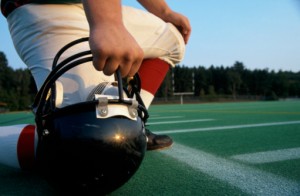 The Harvard/Yale rivalry… It goes back to 1875. You might recall some of the pranks that go along with the annual football game between the two schools. In 2004, Yale students, dressed in Harvard garb, handed out placards to Harvard fans. Unbeknownst to the Harvard fans, when directed to hold up the placards, collectively read “We Suck.”

The prank got some good play in the media, including national media such as Jimmy Kimmel Live!, MSNBC and in several major magazines.

Recently, Harvard, you might say, struck back with a video that has gone viral. In the video, Harvard students dressed in Yale sweatshirts and hats and offered guided tours of the Yale campus. The students posed as guides proceed to bash Yale, claiming the university enrolls students who are less attractive and not as smart as Harvard students.

“Even if you don’t like drinking,” said the Harvard student in the video, “there are a lot of things you can do here. We have terrific Wi-Fi.”

There’s much more going on here than a little humor. The ribbing back and forth provides opportunities for the schools to capitalize on the free publicity they generate through these pranks. Granted, Yale and Harvard have reputations as being among the top, private universities in the world and don’t necessarily need more students applying to them, but the yearly pranks allow the institutions to show a more human side – that the students are more than top-notch scholars.

What could a public relations team working with Yale do to respond to Harvard students’ recent prank? Obviously, public relations professionals have to be ready to respond to what’s being said on social media sites. They must be ready to roll with the punches. Would this be the appropriate time for Yale’s PR department to let people know that US News and World Report’s recent college ranking placed Yale higher on the scale than Harvard? Or, should they take a more humorous approach and take the ribbing like a good sport? Perhaps a little of both would hit the spot.

The interest generated by these pranks offers smart PR teams an opportunity to partake in effective newsjacking, or the process of jumping on a current event and earning news coverage while it’s happening. Yale could newsjack this prank and offer, in a humorous tone, a little information about how their institution has shined in areas where Harvard has not.

Pranks remind us that there are no gatekeepers where social media is concerned. There is no code of ethics. What’s being said can come from anonymous outliers and quickly escalate to an online reputation management crisis – or a reputation heyday. And, it’s all happening in real-time. The one thing organizations do have control over is how they respond. Whether it’s a good-natured prank or an outright attack, PR professionals have the strategies and the response tools that will either calm the fervor or capitalize on the sudden exposure.

Have you been the fodder for humorous -- or less than humorous -- online banter that’s impacting your reputation? Find out how to make the most of the situation with Axia Public Relations. (Sure, we like a good joke like everyone else. We like earned news coverage that we can direct even more).