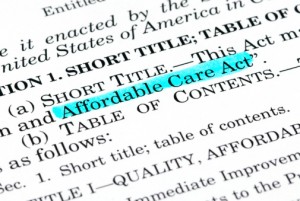 A popular quote says that “there is no such thing as bad publicity, just make sure they spell your name right.” I’ve never agreed with it, and it's a good bet that Obamacare officials share my sentiment.

The buildup to the launch of the HealthCare.gov website was extraordinary. For more than a year, the media shared the ways that the Health Insurance Marketplace would be a consumer's dream: easy to use, accessible to everyone and providing everything one could possibly need to purchase a health care plan. All that, and then the website didn’t work as it was intended.

“Oregon once led the country in implementing Obamacare. Now it’s just about dead last. Not one person has yet enrolled in the Cover Oregon insurance exchange — a major embarrassment to state policymakers who early on had wholeheartedly embraced the Affordable Care Act even as other states tried their best to hinder it,” writes Paige Winfield Cunningham of Politico. For the state that went out on a limb to support Obamacare when others were running from it, investing money and resources to do so, this has proven to be particularly embarrassing.

This is a public relations nightmare, to say the least. So how should the Obama administration go about fixing a mistake that has been covered by every news outlet, big and small, with the general consensus being that everything they did was wrong, wrong, wrong?

The first call to action must be to rebuild the public's trust. Many people think that President Obama won his second term on the basis that voters still believed he could deliver the things he promised — most notably a fair, affordable health care system. Even children know that once you break a promise, it is difficult to get others to trust you again.

With an equivalent amount of ferocity as when it was pushing for the Affordable Care Act, the Obama administration should now shift the focus back to what the supporters liked in the first place, such as the long list of covered services and tax subsidies for low-income individuals. It has to show that people can still purchase an ideal health care plan, even if they have to use a form in the mail or a phone representative to do so.

In the same way that the Obama administration found depressing stories of suffering from people who lacked health care under the old system, it must tout success stories of those who have recently been able to sign up for a plan and are now saved through the new system. It is important for the administration to accept that the website is a failure and continue to move forward in bringing affordable health care to the tens of millions of Americans who need it. This will demonstrate to the American people that the promise is still being fulfilled, just in a different way.

Another step in the process is to prevent the initial problem from occurring again in the future. After all, the Health Insurance Marketplace is scheduled to open again in October 2014 for those who want to change their plans and for people who did not buy plans the first time. This means that the Obama administration must fully explain the current problem and be open about how it is being — and will continue to be — addressed. The public will demand accountability and should get it in the form of regular progress reports about the system and how it is working. Also, as the main torchbearer for the Health Insurance Marketplace, President Obama must show that he is on top of every aspect along the way.

Hopefully, none of us will ever have to deal with an epic fail of such historic, national proportions as the Obamacare website. However, there are lessons to be learned from it that we can use in our daily business dealings.

To begin with, it is critical for you to never make promises you can’t keep. Before starting any type of campaign, launch or project, ensure that you leave no stone unturned. Check, double-check and then check again that all technology is in working order, every potential question has an answer and any possible problem has a plan B. Conduct private and beta tests in small samples before a massive deployment.

In addition, you should always stay aware of who is responsible for each component of the project, and everyone should meet regularly to discuss and fix all issues which could delay or derail your plans. Also, anyone who may have to speak publicly about the project must stay in the loop on all problems and solutions. That way, you can save yourself from any surprises or public relations disasters.