Many PR agencies profited significantly during the pandemic 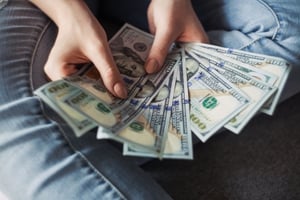 New research shows that PR agencies increased their rates in 2020 despite a global health pandemic, corresponding economic crisis, and its blow to PR firms and most of their clients’ industries.

Gould-Partners’ report revealed there was a whopping 23.5% increase in the hourly billing rate from $193 per hour in 2019 to $240 per hour in the following year.

This increase wasn’t restricted only to firms. Across different staff positions, billing rates made remarkable jumps as well. Let’s examine them below:

Expectedly, chief executives at the mega PR agencies boasting more than $25 million in net revenues recorded unprecedented growths in terms of billing rates. From an hourly rate of $452 in 2019 to $483 per hour in 2020, this has been the biggest increase yet.

However, it’s been a game of luck for firms of lower capacity. Here’s the breakdown:

Other significant discoveries from the Gould-Partners’ report

Some other notable insights from the Gould-Partners’ report are:

Rick Gould, the managing partner of Gould-Partners, explained to O’Dwyer’s that the most profitable firms’ refusal to yield to clients’ requests for reduced rates played a major part in the increased profitability, even in the midst of a pandemic.

While we have ultimate respect for our professional colleagues who choose hourly billing, we have ethical and financial reservations about hourly billing. We hold the opinion that the model sets PR firms and their clients at odds with what’s in each other’s best interests. Additionally, the model is usually backed by a low-pricing tactic that strings clients along.

Nonetheless, the entire scenario has lent credence to the fact that maintaining marketing efforts during an economic recession can yield far-reaching benefits. Equally beneficial in such trying times is a sturdy PR program. Soft-pedalling on either during an economic downturn would cost you more than you’d expect.

Read our guide to find out more about the mistakes companies make with their PR endeavors, as well as how you can steer clear of such errors.