By On Top of PR 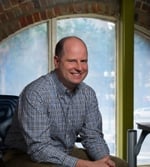 Learn how to get your company’s boss on Undercover Boss.

If you enjoyed the episode, would you please leave us a review?

Presented by: ReviewMaxer, the platform for monitoring, improving, and promoting online customer reviews.

- Hi, it's Jason Mudd with Axia public relations, your host for "On Top of PR". We have a solocast today, which means it's just you and me and we're talking about "Undercover Boss". How to get your company and boss on "Undercover Boss". And we're gonna talk about how we help companies get on the show, bosses, we coach them through the process and once the episode is airing live and even before that, we help promote the episode through the power of PR both before, during and after it airs. So if this is something you're interested in, or you just wanna learn more about "Undercover Boss", this is gonna be a great episode for you.

- [Voiceover] Welcome to "On Top of PR", with Jason Mudd. Presented by ReviewMaxer.

- [Voiceover] You are listening to "On Top of PR" with your host, Jason Mudd. Jason is a trusted advisor to some of America's most admired and fastest growing brands. He is the managing partner at Axia Public Relations, a PR agency that guides news, social and web strategies for national companies. And now, back to the show.

- [Voiceover] This has been "On Top of PR" with Jason Mudd, presented by ReviewMaxer.