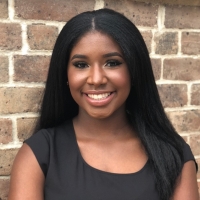 As a senior at Louisiana State University, Alannie Broussard accomplished many things during her time as a public relations student. She’s the student vice president of LSU’s Public Relations Student Society of America chapter and completed numerous PR internships. This includes helping the Greater Baton Rouge Food Bank raise more than $5,000 via a social media campaign, 10 times more than the previous year’s amount.

And now, she’s the 2020-2021 recipient of the Axia Public Relations scholarship.

“I’m honored to be awarded the Axia Public Relations scholarship,” Alannie said. “Because of this scholarship, I’m able to complete my final semester of college completely free. This will allow me to put all my attention on finishing school and excelling as a public relations professional.”

She began her college career as a marketing major but chose the public relations path after gaining hands-on experience from mentors at LSU’s Manship School of Mass Communications. Alannie will be the second person in her family to graduate with a PR degree from LSU, her older sister also being an LSU alumni.

Alannie hopes to work in the chemical industry after graduating as well as advance her education by going to graduate school. She is the epitome of why Axia chooses to invest in upcoming PR professionals. 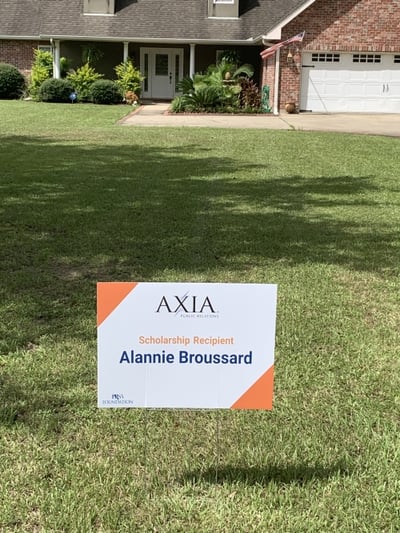 “Alannie is a first-class example of a student that demonstrates a passion for PR for her investment in internships and volunteer work,” said Jason Mudd, CEO and managing partner of Axia Public Relations.