When handled appropriately, PR crises can help your company in the long run. 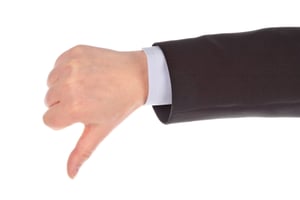 There’s a cliché that “there’s no such thing as bad publicity.”

While I’m not a fan of that statement nor that corporate communications strategists are the same as publicists, here’s some proof that (even bad) PR works.

Since making what many perceived to be negative headlines, consumers downloaded the app Robinhood more than 177,000 times Feb. 4, twice its download rate the previous week. That day, it also recorded more daily active users than all of its competitors combined.

Robinhood’s CEO took to the media to explain what happened and why the company had to temporarily halt GameStop trading in a CNBC interview, a Yahoo! Finance segment, and in a company blog post. Robinhood raised $1 billion from investors overnight to allow trading to resume and went on to tap another $2.4 billion in funding a few days later. The CFO then announced Robinhood planned to use the additional funds to invest in scaling up to meet “record customer growth.”

Another example is Tylenol. In the early 1980s, Tylenol’s parent company, Johnson & Johnson (J&J), experienced a catastrophic crisis due to reports of cyanide-laced products, resulting in the deaths of seven people. The news of deadly product tampering set off a nationwide panic that many assumed the company would never recover from.

J&J took the unusual corporate stance of putting customers over profits. They voluntarily issued a national media statement warning the public not to take Tylenol, which resulted in positive media coverage as a company that cares about its consumers’ well-being. Tylenol now ranks second, just behind Advil, in over-the-counter analgesic tablet brand sales at $379.3 million.

Lastly, Under Armor fits this model. An official sponsor of the 2014 Winter Olympic U.S. Speed Skating team, Under Armour (UA) suffered a reputational (and stock price) blow when athletes claimed the specially designed suits had a design flaw. The team didn’t earn any medals that year compared to the four medals they won in 2010. The speed skaters blamed their poor showing on the suits’ design flaw, and national news reports amplified that message, followed quickly by an onslaught of social media users.

Within a few days, the U.S. Olympic Committee and UA issued a joint statement acknowledging the situation, addressing it head-on, and supporting the athletes. Former Olympians Michael Phelps and Lindsey Vonn took to social media in support of the brand. Unlike many companies that may have considered “cutting and running,” UA very publicly extended their partnership with the speed skating team for another eight years. As a result, UA’s reputation was repaired, and its stock price hit a record high, kicking off two months of unprecedented growth.

So although crises should always be something your company strives to avoid, they may not be absolutely devastating. After all, according to PricewaterhouseCoopers, 42% of companies that faced a major crisis from 2014 to 2019 said they were “in a better place” post-crisis.

If you need public relations help in managing crisis communications or reputation management, Axia Public Relations has you covered. Book a consultation with us today.