If you put good in, you get good out 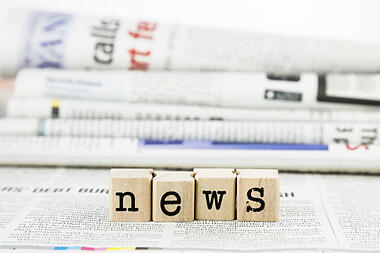 In today’s age of social media and 24-hour news generation, many companies wonder if there are still best and worst times to distribute press releases. Of course, there are some consistent tenets that hold true, such as not sending a press release on a Saturday afternoon just before a major holiday (reporters will not be in the office to see it) or on April 1. However, is one day and time better than another?

No matter when you send your press release, there is no guarantee that it will be converted into a news article. Nonetheless, there are strategies you can adopt to make it more likely that you will attract a reporter’s attention and get the positive media coverage you seek.

Target the right reporter for the job (and get his name right). One of the most common complaints from journalists is that they constantly receive releases that don’t interest them, either because the topic is something they don’t write about anymore or it’s something they have never written about. As a result, these releases are ignored and/or deleted.

Make it interesting. According to a recent survey of more than 500 writers, most don’t want you to send a basic, boring release that they can just slap their name on and call it a day. The releases that stand out are those that contain exclusive research, breaking news and emotional stories. With all the new technology available, you could also choose to add multimedia elements or even create a video news release.

There is no perfect time for a press release, but most writers admit that they prefer to receive information in the morning. Additionally, a certain amount of timing and good common sense is in order. For example, if there is a major news event occurring, such as a natural disaster or horrific tragedy that has captured everyone’s attention, you should wait until things calm down.

When sending a press release by email, make sure it has a great subject line. It may also help to include a word or two specific to the reporter’s area of interest to peak his curiosity. Just think of it like you would a book: If the title doesn’t interest you, you won’t pick it up.

Pay attention to the rules and deadlines of the news outlet, as well as the section you’re targeting. Features magazines will be different than a hard-hitting news organization, and online publications are not the same as industry-specific journals.

The best ways to make the most of every press release

It is important to remember that press releases should not comprise your entire media strategy. Instead, it can be just one component of your content distribution plan. Basically, you will want to extend the life of the information. In addition, you don’t have to only rely on media to distribute your news. Other ways to make good use of a press release include:

The best advice on press releases

Of course, you could always skip the worry and hire the right PR firm to handle all this for you. At Axia, we understand the ins and outs of press releases and the importance of getting your story out to key audiences. Tell us about your past experiences with press releases and we will show you how to make it better.