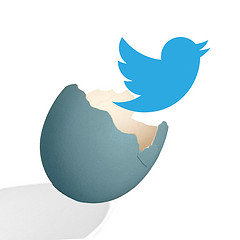 Let's continue on our social media binge this week and dive into one platform in particular – the wild horse of social media – Twitter.

Using Twitter can be fast and powerful, providing impactful conversations or images that boost your online reputation – but it is also virtually unharnessed and extremely unpredictable. In fact, for many organizations, attempts at boosting a PR strategy with Twitter can create the exact opposite effect.

Case in point: the recent disaster that resulted when the New York Police Department asked Twitter users to share pictures of themselves with police officers under #myNYPD. Startling images including citizen reports of what they considered police brutality were scattered throughout the responses.

Even if your company doesn’t elicit startling pictures across Twitter, you can still find yourself in an awkward position faster than you can say “social media crisis.” How do you balance your good ideas and good audience participation across this medium in your PR strategy while counteracting some of the unpredictability?

1. Realize that your Twitter messages will always be mostly in the control of your audience. They can steer this horse to green pastures or to disaster, and that’s something to just accept. In fact, one of the top 2014 trends for PR indicates that audiences are in charge of your online brand now more than ever before. What can you do? Work hard daily to build true and loyal brand champions who will advocate online for you before, during and after a social media crisis. Rely on their connection with your brand to overshadow unpredictable situations. Ask them to help guide the conversation in your regular posts. Most weeks, they’ll help you shine with quick shares and daily drops of serious brand influence, two elements of Twitter that make it worth the hassle.

2. Remember that social networking channels should be only one part of any organization’s public relations strategy. Build a comprehensive message strategy around multiple channels, such as earned news coverage, the use of spokespeople or unique events. Balance social media conversations by aligning them with the release of news or other PR events.

3. Since your power position in these channels is weak, you must have a plan already in place should things go wrong. It’s likely the NYPD didn’t expect the controversial pictures associated with its hashtag and didn’t have a response ready. Time is critical, so a crisis management plan would have made a difference in how the story continues to circulate.

4. Call it what it is – and be aware of tweetjacking. Let’s take a look at another Twitter failure that involved something known as tweetjacking: McDonald’s #MeetTheFarmers. The goal was to draw attention to and foster a connection between McDonald’s food and quality products. One of the company’s employees piggybacked on the hash tag with #McDStories, which is when things went wrong.

#MeetTheFarmers seemed like a good, neutral hash tag that didn’t leave much room for snarky Twitter users to run with a comical idea. However, #McDStories, which lacked clear direction on what it was supposed to ask Twitter users to share, opened the floodgates of negative comments, and the reaction McDonald’s had to it was not helpful. Instead of facing the issue head-on, McDonald’s pulled the tweet down and had very little to say about the failed PR attempt. A better approach would have been to address the situation directly and curate a new stream of conversation about it.

If you find yourself the star of a negative Twitter situation, don’t ignore it. Instead of reacting to the negative tweets, retweet and reward the Twitter users who have something positive to say. Rally your brand champions – and rely on the strength you’ve already built from a solid, multi-platform PR strategy that carefully recognizes social media as the wild thing that it is (packed with opportunity though it is).

Are you using Twitter, but are both enamored with and a little wary of its power? Contact our team at Axia Public Relations. We’ll help you craft a strategy that utilizes Twitter with the safety of a crisis management plan. Hey, we can handle it – it’s not our first rodeo.


photo credit: How to Start a Blog Online cc