How to rock social media for your company like Taylor Swift 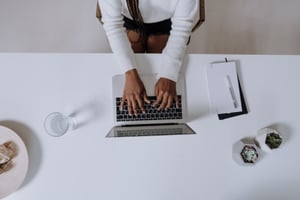 Taylor Swift is known for creating once-in-a-lifetime experiences for her fans and being accessible to them. She has used her social media platform in a smart way to interact with fans, help those in need, and spread awareness for important causes.

When OK! Magazine published various tweets and headlines that offended Swift, she took it upon herself to address the news outlet on Twitter. “This misleading headline and your choice of words in labeling me are why we need feminism in 2015,” Swift tweeted after the magazine referred to her as “Harry Styles’ ex-girlfriend” and “Calvin Harris’ rumored girlfriend.” The post instantly went viral and OK! Magazine took down all their tweets.

Swift uses social media to her advantage to make her Swifties happy. One fan reached out through social media about her struggle to pay off student loans. The superfan found herself opening the Christmas gift of a lifetime. Not only was there a handwritten note but also a check for $1,989 to pay off her debt. “I love you so much,” Swift wrote.

After fans set up a GoFundMe for a firefighter in Texas who responded to a car crash only to discover it was his own wife and son, Swift quietly donated $15,000. After the public learned the donation came from her, the fund skyrocketed to over $121,000.

Swift has also used her social media platform to proclaim herself as a feminist and taken a stance to raise awareness for young girls. “As a teenager, I didn’t understand that saying you’re a feminist is just saying that you hope women and men will have equal rights and equal opportunities,” Swift said. “What it seemed to me, the way it was phrased in culture, society, was that you hate men. And now, I think a lot of girls have had a feminist awakening because they understand what the word means.”

It has always been important for Swift to be accessible to her fans, and of course, she took it to the next level. For the release of her album “1989,” Swift invited some of her superfans to “an amazing opportunity,” which turned out to be a trip to her home for a first listen to the album. The event became a viral sensation as her social media savvy fans shared every moment to various platforms.

Every company and celebrity can take something out of Taylor Swift's book. If a world-famous superstar can make each one of her fans feel special, you can do the same. It's also important to post content that is native to each platform so you can engage with your audience and tailor your tone and message to them. You wouldn't post the same content on Twitter as you would on Instagram. Contests, replying to tweets, commenting, engaging with posts, and responding to direct messages on social media are all ways you can personally connect with your audience and use social media to your advantage every day.

Photo by cottonbro from Pexels