How the power of PR saved Twister 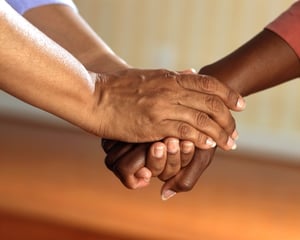 Even after a major toy distributor refused to add it to their 1966 Christmas catalog, one national media appearance transformed the struggling game into a celebrated domestic brand. PR to the rescue!

Reyn Guyer came up with the idea in 1966: a game that was strikingly different from the tabletop games that were prevalent at the time. According to Guyer and Hasbro, Inc., it involved players stepping on checkered squares on a large mat placed on the floor.

Upon an initial tryout with Guyer’s co-workers, it was clear the game was exciting and peculiar. Thanks to the efforts of a toy industry ace, the design and gameplay were slightly changed, resulting in colored circles and players’ bodies becoming entangled.

This marked the dawn of Pretzel.

However, the name was soon changed to Twister by Milton Bradley, who loved the idea when it was pitched to him. Although he had his concerns about the game being considered sexual because of the tangling of players’ bodies, he made up his mind to produce it.

Eventually, Bradley’s concerns became a reality. When the toy company, Hasbro, presented the game of Twister at the North American International Toy Fair in New York, various retailers including Sears, Roebuck and Co., deemed it indecent to sell.

The Twister ship had hit the rocks... or so it seemed.

While it seemed like all hope was lost for Twister as a brand, fate smiled upon the endeavor. Bradley’s PR firm got a product inclusion on national TV.

On the May 3, 1966 airing of “The Tonight Show,” hosts Johnny Carson and Eva Gabor played the game before a live audience. The audience was delighted as the duo constantly changed positions; they wanted to play the game as well!

Public relations to the rescue

Public relations proved more beneficial to Bradley than advertising alone would have ever done. This is because at the time, “The Tonight Show” enjoyed an astronomical viewership with about 12 million viewers tuning into every episode. In homes nationwide, Carson and Gabor were forces to reckon with.

Since they both had fun playing the game, consumers would as well. Their enjoyment was a significant thumbs-up. This proves that brands need media relations in their PR efforts.

Seven months after that episode aired, Bradley was producing almost 40,000 Twister boxes daily. There was so much demand that the company had to cancel the New Year’s Eve advertising campaign so their production lines could catch up with existing demand.

Currently, Twister holds a place in the National Toy Hall of Fame in Rochester, New York, and it’s all because public relations came to the rescue.

Your brand can also leverage the power of PR. However, you need to steer clear of the errors that fault a brand’s public relations efforts. Read our guide to find out the five mistakes companies make with their public relations and how to right the wrongs.

Getting your message out to the right people can be an incredibly challenging task. There are so many ways of getting a company’s voice out there that it can be hard to know what is working and what isn't.

Axia Public Relations has been helping companies get positive attention for approximately 20 years. Axia has experience with all kinds of marketing tactics from social media campaigns to traditional PR methods like press releases and pitches. Our team will work closely with you to create a strategy that works best for your company’s goals and budget.

This article originally appeared in the American City Business Journals’ How the power of PR saved Twister.