How much money can you save by working from home?

This is one story in our series on the benefits of working from home. Read about how remote employees can be more productive than office ones for more. 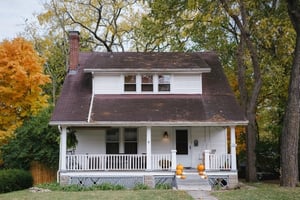 In addition to letting you avoid the stench of Payroll Stan’s microwaved fish, working remotely (like from home) can save employees a ton of time and money.

According to research from The Ladders, MarketWatch, and other sources, employees really want to work from home. In fact:

Assuming you drive your own car to the office, you can calculate how much it’s costing you by multiplying your commute miles by the IRS mileage rate, currently 58 cents per mile. So if you drive 20 miles to work one way, your math would be:

Beyond the real cost of commuting and the health cost of stressful and sedentary commutes, research shows that work-from-home employees enjoy about four more weeks per year for personal time. How? Some calculate the time behind the wheel or in transit to and from the office to be as many as 3 hours per day, according to the U.S. census bureau. That can add up to about 800 hours in a year that you could be spending on infinitely more productive pursuits. More time for personal interests means a happier life and more money because when people have more free time, they’re able to save money by

What would having an extra month’s worth of time per year allow you to accomplish, once you shut down “the astonishing human potential wasted on commutes,” as a Washington Post article so aptly put it? One study claims that, aside from the time saved factor (a staggering 11 solid days in traffic), workers could be wasting $2,500–$6,000 a year on extra expenses. What would all that cash freed up allow you to do?

Most jobs don’t allow parents to watch their young children while they work, nor do they accept the sound of kids in the background on calls and video chats. But the typical school-aged child is independent enough to allow parents to work without much interruption before and after school, allowing telecommuting parents to supervise their children and work at the same time, eliminating the need for after-school care. Reports say childcare costs $5,000–$15,000 per year.

In theory, telecommuters don’t need to dress up as much as their traditional counterparts, nor do they need to worry about their office appearance. Compared to commuters, research from sources below shows that, on average, WFH employees are saving:

More time for yourself, more time for exercise, and avoiding the stress of a daily commute can increase your quality of life and decrease your health care risks and, subsequently, costs, as well as the time you spend on medical appointments. Inc. Magazine reports that WFH employees are also able to maintain healthier lifestyles, clocking an extra 25 minutes of physical activity each week. A 2011 study from Staples found that employees who worked from home experienced 25% less stress. When you ask people why they like to work from home, most respond that they find it less stressful, easier to have a healthier work-life balance, and easier to eat well.

If you work from home, you might be able to deduct your home office space at tax time. For 2019, the prescribed rate is $5 per square foot with a maximum of 300 square feet. If the office measures 150 square feet, for example, then the deduction would be $750 (150 x $5). And don’t overlook expenses for your high-speed internet service provider and smartphone, which allow you to do your work. Consult a tax professional.

Beyond having to consider dress and appearances at the office, research shows that commuters also face certain financial peer pressures. It’s not just about the car you drive and the way you dress: Commuting employees also encounter pressure to contribute toward school fundraisers and to chip in on team meals and gifts for coworkers.

More freedom and other perks to consider

Depending on the research, reports say that telecommuters save as little as $2,000 and as much as $7,000 over commuters, with a median of $5,000. Breaking down common savings without the intangibles and without any childcare savings, we can easily document $6,000 in savings:

$500 on laundry and dry cleaning

Hands down, research shows that employees want to work from home, and running the numbers makes the preference financially sound, too! Now, if only employers would pay attention to the overwhelming data supporting the higher productivity of WFH workers.

Sources: The Ladders, MarketWatch, DoughRoller.net and others.