How consequential stories can earn media coverage for your company

To interest journalists, pitch stories with news that will greatly affect target audiences. 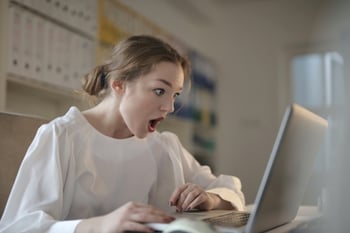 When you think about what you see and hear in the news, you may generate a negative image. Extremely serious and urgent news stories often find priority in the news cycle, and these stories can often leave an emotional impact on news consumers. One reason for this emotional impact is because news consumers recognize that these stories carry consequence. When you know that something could change your life, in many cases negatively, you’re more likely to care about it and pay attention.

When newsrooms decide which stories to publish, they employ a set of news values, which are elements of news that audiences care about. The more relevant news elements a story has, the more newsworthy it is, meaning more news consumers will care about the story and interact with it. When you’re trying to gain earned media coverage for your company, it’s important to use the elements of news in your news media pitches to showcase what makes your company newsworthy. Consequence is one of such elements that will help catch journalists’ attention.

A consequence is a result of an action or event, and it often carries a negative connotation. Think about the phrase, “The consequences of your actions,” which is often used to refer to a punishment. While this news element is not about punishment, it does carry a serious connotation, and it appears in news stories that have an impending effect on audiences. This is similar to the “impact” news element, just more dire.

When the Great Recession began in December 2007 and months of market turmoil ensued in the U.S., audiences across the country learned from the news what this event could mean for them. This particularly affected adult homeowners with investments, with the stock market disaster’s consequence being vast losses in home and stock value. Because this event had such financial consequence for a vast audience, the news media covered it extensively. While this event certainly also has impact, it falls under consequence as well because the effects were long-lasting.

How to find your company’s consequential news

A study published in June found that household natural gas could contain hazardous air pollutants. The study earned media coverage in The Hill, as well as other trusted media outlets like The New York Times. Exposure to these pollutants can cause cancer, which makes this story consequential. The study was not published by a certain company that earned media coverage; rather, the story in The Hill identified where the study’s authors worked, earning media coverage for the two energy companies and a Harvard school that employed the authors. Because the story positions the study as trustworthy and therefore the authors as trustworthy, the energy companies gain recognition as well, improving their public image.

While your company may have its own consequential stories, it’s important to look beyond that and learn about your employees. Their own stories that showcase their expertise can boost your company’s image if you uphold a healthy business relationship with them.

How consequence depends on audience

It’s also important to notice which news media outlets picked up this story. While few top-tier outlets, namely CNN, wrote a story about this, many smaller, tech-focused newsrooms published Palo Alto Networks’ news. That’s because this story has consequence for a wider percentage of tech-focused newsrooms’ audience members, versus top-tier media outlets, whose audiences include more people who have less interest in technological news.

How to showcase your story’s consequence

When you write media pitches, you must decide which news elements drive the story in order to emphasize the elements you decide are most important. With consequence, that means clearly stating what the consequences are and who the issue will affect.

A research article originally published in PNAS earned media coverage in Forbes under the headline “Melting Snow From Climate Change Could Lead To Unpredictable Water Levels, Study Suggests.”  This headline clearly states what the issue is (“melting snow”), why it’s happening (“climate change”), and what the consequence is (“unpredictable water levels”). The story’s original publication in PNAS uses similar wording and opens with a section dedicated to the study’s significance, aka consequence.

Make sure to answer the crucial questions (who, what, when, where, why, and how) in your media pitches in addition to incorporating the elements of news. Answering these effectively will usually offer ways to showcase your story’s news value.

Must Read: The do’s and don'ts to writing an effective news lede

For more best practices for building your relationship with journalists and to learn how to be a helpful resource for their stories, download our e-book “Learn Media Relations from the Media.”

Photo by Andrea Piacquadio from Pexels