You’ve rolled out a new flagship product. You’ve worked hard at research and development, marketing and promotions. You were ready. You thought your customers were ready.

And then … it flops, and lots of people are talking about it. What can you do from a PR perspective to preserve your brand reputation or change the conversation? Maybe your idea didn’t scratch up to all you’d envisioned for it, or maybe it was just ahead of its time. Read on for valuable ideas to help boost your results, either way. 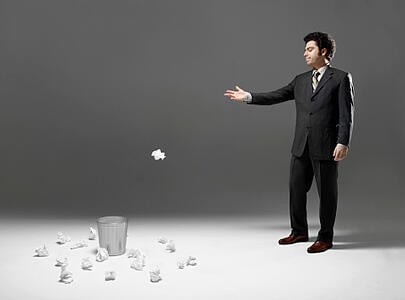 Recently, Amazon demonstrated what not to do when a big idea flops. It invited numerous media outlets and many existing customers to a big product reveal of its new smartphone. It based product development on what customers already seemed to like: not too costly and strong in functionality.

Yet, the Fire phone seems to have a few fatal flaws. One is that it’s currently viewed as more of a direct-buy connection to the online giant’s ever-expanding product store than a useful way to communicate. It seems to lack some of the functions shoppers may have wanted, but is still priced in the same ballpark as high-functioning smartphone competitors. Amazon is promoting advantages to its Prime members who use the phone, but this, too, may be viewed as more of a sales tactic than a true smartphone feature.

How did Amazon handle the situation? For starters, it continued to say that it knows this product is valuable to its audiences; that the phone makes shopping and getting things even easier and faster. In fact, the company may have been better served asking its audience about the Fire, finding out if they want shopping features as a top feature, or something else, and finding out if shoppers see any direct or distinct benefit in the Fire over other top-selling smartphones. One of the top PR trends of 2014 is to truly “know thine audience” through data mining, and this could be a missing element in this story.

Secondly, Amazon executives said odd things in interviews, like “I haven’t made an actual call on my smartphone for quite some time.” This tells audiences that the brand may be creating and offering devices it doesn’t use, and hence may not know much about. In terms of building brand loyalty and trust, this type of statement doesn’t work very well. Instead, a smarter plan would have been to have a planned response/crisis management strategy in place from the beginning, should negative news begin to swirl. They could have spearheaded the conversation and steered it toward other positive angles, like their desire to offer something truly unique and lifestyle-based.

Here’s another point we don’t hear enough about: attitude. Customers truly pick up on the attitude your company uses to address a new product and customer needs, even if it’s subtle. In this example, Amazon’s attitude appears to be one of going over consumers’ heads, claiming to know what they want and need without doing the research first. How your company portrays your attitude when things go well (and when they don’t go well) should be a carefully considered part of a professional, strategic PR strategy.

Is it back to the drawing board for Amazon in the smartphone department? Perhaps. But more importantly, it’s back to the sounding board to really listen to its huge base of loyal and fervent buyers. Not only does Amazon have brand power, it also has the ability to share and extend positive perceptions and loyal tendencies to an infinite list of other buyers.

Do you need to address a less-than-awesome product or service rollout? Or, even better, are you ready to talk about a message or crisis management strategy, should a planned rollout turn unexpectedly south? Contact Axia Public Relations. We’re ready to help offset any surprises that “fire” up and turn them into positive brand experiences.